Waterloo when the SRB money runs out: an update

Between 2001 and 2007 Waterloo will have benefited from almost £5 million of Single Regeneration Budget money. But what happens when the funding ends? Richard Bridge gives an update on the emerging Community Coalition. 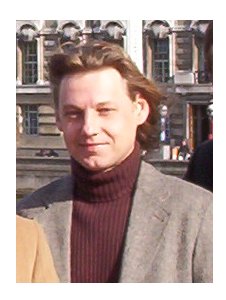 WCRT has helped new groups emerge; older groups grow; and brought a new awareness of the increased potential from groups working together. WCRT has been instrumental in bringing together and funding many important partnerships and networks. It is the support and development of existing and future partnerships that the WCRT Board is most anxious to preserve when the SRB programme ends. WCRT is contractually obliged to ensure that what it has helped foster, doesn't come to a grinding halt, after the programme finishes – sustainability, as the jargon has it.

For the past two years, meetings, workshops, questionnaires and 3 community conferences have been organised by WCRT to bring together a wide range of individuals and community groups to discuss how best to ensure the benefits of the SRB programme are maintained and further developed.

For instance, as we know, the future for Waterloo and all of North Lambeth and Southwark is one of major re-development with regional government plans encouraging large scale, high density and tall buildings which are going to have a great impact on local communities. The conferences in particular have concluded that community groups need to work together, sharing their skills and resources to ensure that the voice and needs of local communities are heard and influence the decisions of developers, local and regional government.

Currently the steering group of above organisations is calling itself a Community Coalition, but that may change. The coalition is seeking to maintain and build on the collaborative/partnership model of joint-working that WCRT has championed in the projects it has supported. These focus around four main networks at present, which in turn focus around themes of major importance to our community: Waterloo Parents and Providers Forum, Waterloo Open Spaces Partnership, Waterloo Arts and Events Network, and Waterloo Youth Strategy Group. These networks bring together local groups, council, service users and providers, local residents, in some cases local businesses. Many exciting benefits to our community are already beginning to flow from them.

The challenge at present is how to structure working partnerships in such a way that does not compromise the individuality or autonomy of the individual members of the partnerships but does mange to co-ordinate existing skills, knowledge and resources of community groups, avoid unnecessary duplication, and build consortiums to bid for further resources – quite a challenge!

It should be acknowledged from the start that the Community Coalition is an emerging project, and there remain many differing, sometimes clashing, viewpoints. One of the big areas of discussion has been the structure. What is certain is that local people want an organisation that:-
• Is open, flexible, and bottom up
• Will provide the opportunity to continue the capacity support and back-up that WCRT has been able to provide to many groups, old and new, large and small
• Will keep up to date with funding opportunities and help create partnerships and consortiums to bid for available funds and contracts and draw in funding
• Will foster good working relationships with other local statutory and community sector organisations
• Will help develop new local partnerships and support their development
• Will disseminate information on new policies and best practice.

To start this process the Community Consortium in the next two months will
• Circulate to all local groups, a brief digest about Local Area Agreements, a major change to the way local groups will access local government funding over the next three years
• Appoint a fundraiser to help WCRT funded projects, organisations seek sustainable funding
• fundraise to enable the Coalition, as from next April and WCRT's end, to employ a community development worker to continue the capacity support and the Community Coalition
• Develop, and propose, a suitable structure, for the Coalition – The steering group will be working on this over the summer.

Of course, whatever is proposed will have to be then discussed by the management boards of each group (September/October), who will then decide if this is something that they can see the sense in, and will benefit their group. If there is a sufficient level of support then the steering group will move fairly quickly to put the proposals in place with those groups that wish to take part.

There are challenging, but exciting, times ahead for all of us.

Richard Bridge
Chair of the Steering Group for the Community Coalition
Board member of WCRT
Contact: [email protected]