After four months in Doncaster for refurbishment the 20 Waterloo and City line carriages are being lifted back into their underground depot. 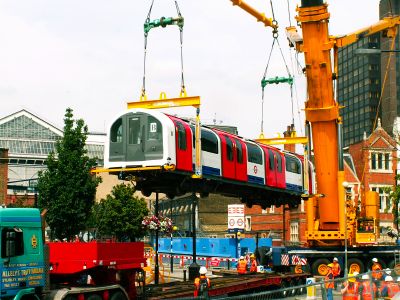 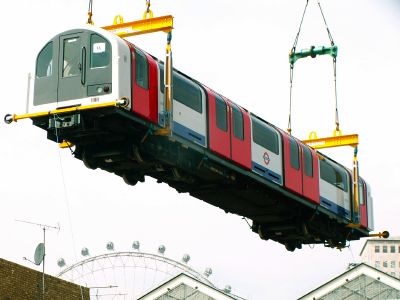 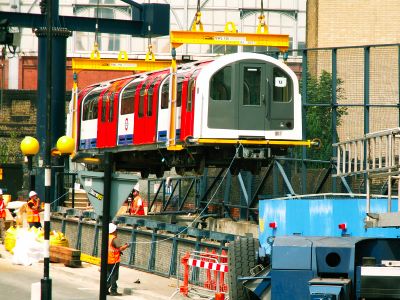 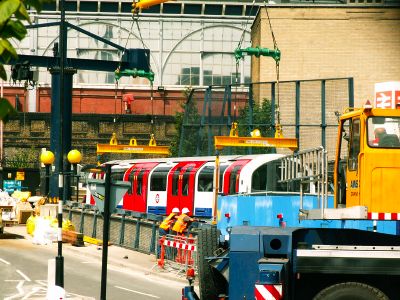 Back in April the carriages – built in 1993 – were removed from the tunnel by road.

Four months later they have returned to Waterloo in gleaming condition sporting the latest London Underground livery. Until now they carried the colours of the line's previous operator, Network SouthEast.

The crane operation inevitably caused traffic disruption, with Baylis Road closed throughout the weekend and Westminster Bridge closed southbound to allow the low-loaders to cross.

The Waterloo and City Line – known as the Drain – will re-open to passengers at the beginning of September.

The operation is due to continue next weekend (12/13 August).