Local residents critical of the Berkeley Homes towers proposed for Potters Fields next to Tower Bridge have a chance to contribute ideas to a positive solution this week. 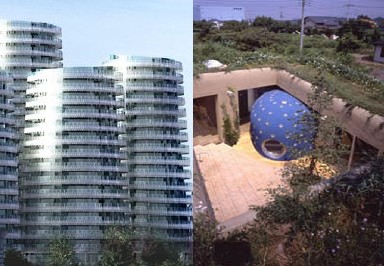 The meeting is at 7pm on Friday 5 January at the Ahh... Tower Bridge Gallery in St Katherine's Way, underneath the northern approach to Tower Bridge.

The meeting is organised by Ahh... (formerly Innovision Media) who hope to put forward their proposal for the site to the organisers of the cultural programme that will accompany the 2012 Olympic Games in London.

"I am happy to support Ahh… in their proposal of a 'positive campaign' as a solution to the proposed Berkeley Homes tower blocks," says Alan Chapman, vice-chair of the Shad Thames Residents' Association.

"The Hill proposal of a green space, a hill as a building, with trees, flowers, grass and shrubs on the roof is clearly a much better alternative than the tower blocks.

"I understand that Kathryn Findlay – the Hill architect – would like to meet residents and interested people who would like to shape the park, building and facilities and I am happy to support this meeting."

Riverside ward councillor and Southwark council leader Nick Stanton told the London SE1 website last month: "If the world had any sense Potters Fields would be to arts and culture in 2012 what the East End is to sport."

The complex planning history of the site hinges on the split in land ownership; whilst Berkeley Homes has planning permission for the whole site including the former coach park and the former college building, the northern section of the site is owned by Southwark Council.

Before Christmas Berkeley Homes demolished the former college annexe in preparation for the start of development on the corner of Tooley Street and Tower Bridge Road.

A petition calling on the prime minister to intervene and rescind planning permission has so far been signed by almost 400 people.