Members of the anarchist group Class War marched from City Hall to the Shard on Saturday in protest at the 10 apparently unoccupied flats in Western Europe's tallest building. 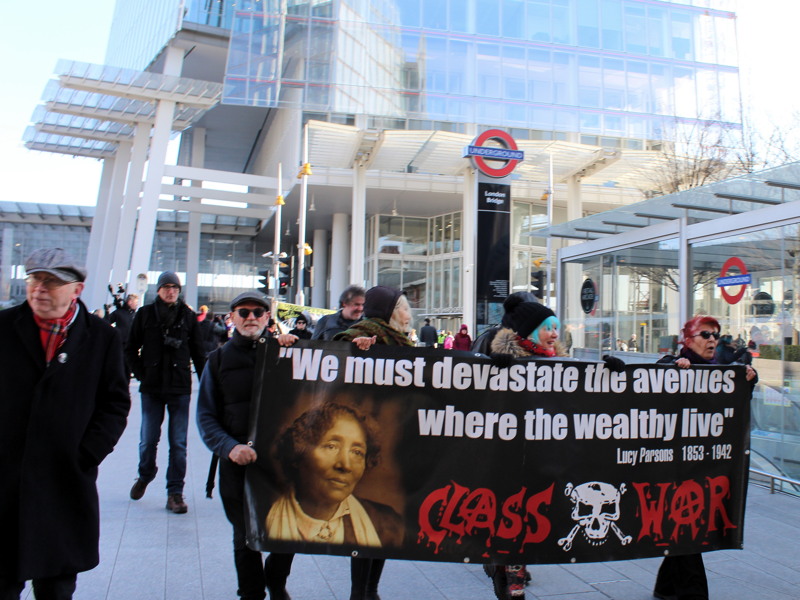 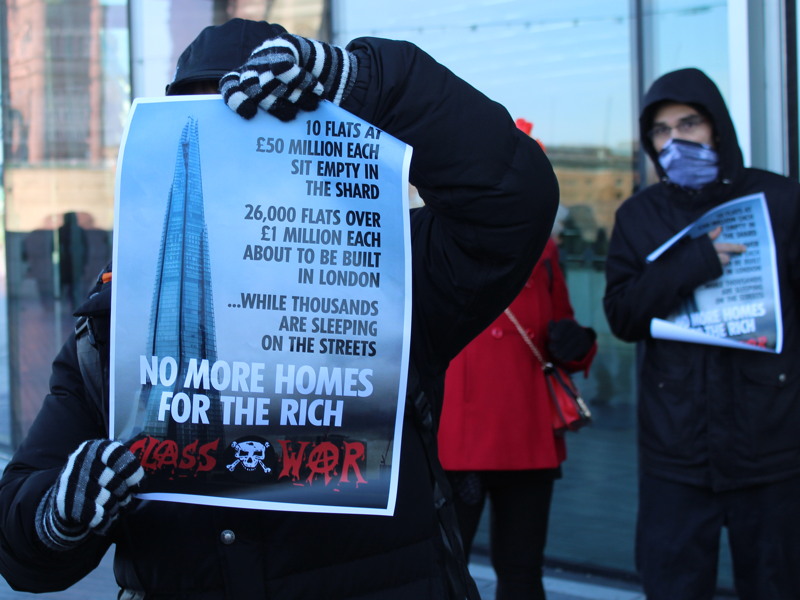 About 20 people took part in Saturday's march which began in Potters Fields Park.

There are 10 homes in the Shard, on the floors above the Shangri-La hotel and below the public viewing gallery.

In the seven years since the tower was completed, there has never been any official indication that the homes have been sold or let.

According to the skyscraper's official website, "the Shard's exclusive residential apartments, situated on floors 53-65, are the highest in the UK and offer the best view of the capital from the most prestigious address in London".

Although it is sometimes suggested that the Qatari royal family have retained some or all of the flats for their own use, the homes are generally understood to be unoccupied.

Class War is calling for activists to occupy empty homes in the capital so that people no longer need to sleep on the streets.