Almost 250 people were evacuated from a block of flats on the New Kent Road in the early hours of Tuesday morning as fire destroyed a maisonette on the eighth and ninth floors. 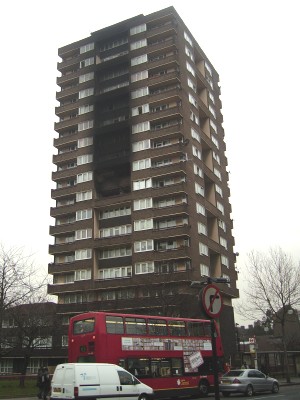 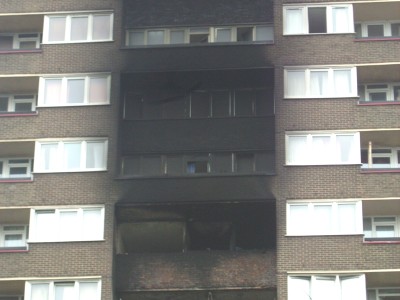 Around 30 firefighters and six fire engines were called to a fire at the 18-storey Albert Barnes House just after 1.30am.

Firefighters wearing breathing apparatus managed to stop the fire from spreading and rescued a woman and a dog from a balcony on the tenth floor.

Around 240 residents were evacuated and six people were taken to hospital suffering from smoke inhalation.

All but three households were able to return to their homes once the fire was extinguished.

"Housing officers from Southwark Council attended the scene of the fire and temporary accommodation is being arranged for those tenants unable to return to their flats today," says Cllr Kim Humphreys, executive member for housing management.

London Fire Brigade says that the fire was under control by 3.22am.

Firefighters from Southwark, Dockhead, Lambeth and Old Kent Road attended the incident. The cause of the blaze is under investigation.