Ken Livingstone at launch of South Bank manifesto for action

The Mayor of London was among guests at the launch of 'Under Pressure and On the Edge', the South Bank Partnership's manifesto for the area around Waterloo. 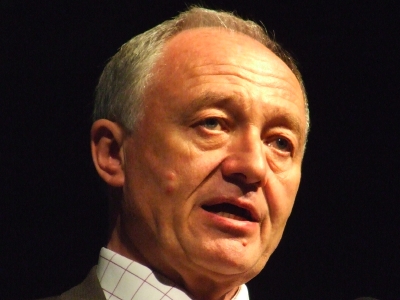 The manifesto for action, available via the South Bank Partnership website, sets out an action plan for economic growth and improved quality of life in the area bounded by the river Thames, Lambeth Road and Blackfriars Road.

The South Bank Partnership brings together the area's two members of parliament (Kate Hoey and Simon Hughes), the leadership of Lambeth and Southwark Councils, ward councillors, representatives of the Mayor's agencies and Government Office for London, as well as major businesses, arts organisations, universities and hospitals.

The Mayor began his speech at the event held at the Young Vic theatre in The Cut by putting the South Bank as we know it today into context:

"Back in the spring of 1970 I was part of a left-wing group which decided to have a march through Waterloo. This was about midday on Saturday, a nice sunny day. We realised that we'd made a terrible mistake because there was absolutely not a soul in sight ... a bit like 28 Days Later but without the zombies."

He described the regeneration of the South Bank as a process that began in 1906 when the London County Council decided to build County Hall on the southern end of Westminster Bridge.

"That hundred-year regeneration of the South Bank has produced an area of incredible potential," says the Mayor. "Much of it is still under-developed, parts of it are still semi-derelict, but slowly we're filling in the gaps. One day we'll even fill in that ghastly Hungerford Car Park as well."

Mayor: why we need "signature" skyscrapers at Waterloo

On the question of tall buildings at Waterloo, the Mayor explains: "We see the potential for one or two signature buildings with world-class architects that will be a major point that draws the eye to that centre."

"They have to be well-designed and they won't get much consideration if they're not."

Asked by the London SE1 website about his message to those in Waterloo unconvinced by the need for high-rise development, Mr Livingstone replied: "If people think tall buildings aren't safe, there's not much you can do. Some sort of psychiatric programme perhaps...it's a phobia like spiders.

"What people have to recognise, whether they would have chosen it or not, is that London is now the leading international financial centre and is in daily competition with Paris and New York and Frankfurt. If the jobs don't come here they will go elsewhere.

"Increasingly what international firms want is one building which they can wholly occupy. Some of them are quite happy to have a medium-rise building. Others want a signature building like Swiss Re or what will be the Shard of Glass.

"As long as they are literally beautiful buildings – which I think most people accept about Swiss Re and the Shard of Glass – then that's fine.

"What we can't tolerate is some ghastly bit of old tat like Guy's Hospital going up ever again."

The Mayor's views on tall buildings were endorsed by Cllr Paul McGlone, Lambeth's cabinet member for regeneration, who said: "The potential of new iconic buildings reshaping the skyline of London; Lambeth is for that". He singled out Coin Street Community Builders' Doon Street development and P&O's Elizabeth House scheme on York Road for particular praise.

"The opportunities for Waterloo as a thriving community must not be forgotten. They will help to shape the sense of place along the South Bank and hopefully share in its economic success," he added.

Minister for London Jim Fitzpatrick MP described the South Bank as "a tremendously important and exciting part of London".

He added: "It is an essential part of the economic, social and cultural fabric of our capital city. What you do here matters. It matters to a great many people and we in government, working through the Government Office for London, have committed to working to transform your manifesto into reality."

Andrew Eddy of Shell, chair of the South Bank Employers' Group, called on Lambeth and Southwark Councils to spend more money on the public realm: "We still have much to do to make this area the best in London for business, culture and tourism, as well as being a great place to live.

"We want the South Bank to compete with the West End, the City and Canary Wharf for new jobs and inward investment. This needs continued public investment to improve the area."

He also gave strong backing to the Cross River Tram which will link Waterloo with Elephant and Castle and deprived areas in Southwark and Lambeth to the south.

"This is the opportunity we've all been waiting for," Simon Hughes told the audience of local businesses, arts and community organisations as he called on them to engage with the points raised by the manifesto.

Questions from the floor addressed topics including the need for affordable housing in the area – raised by Anne Radford, chair of Bankside Residents' Forum – and the desire for greater involvement by the voluntary and community sector, a topic raised by Richard Bridge, chair of WaCoCo, the Waterloo Community Coalition.