Tory London mayoral hopeful Boris Johnson chose County Hall on the South Bank as the setting for the launch of his campaign to secure the Conservative nomination. 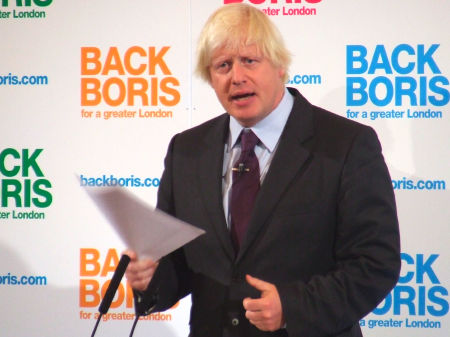 Boris Johnson addressed an audience of Conservative activists and journalists in the chamber of County Hall which until 1986 was the home of London's government.

After Johnson's shambolic photo opportunity in July outside the current home of the GLA at City Hall by Tower Bridge, it was no surprise when the soundtrack failed to play on his promotional DVD.

"I love this city and I want it to be greater still," he said.

Announcing a host of popularist policies, he promised to retain the congestion charge, back Crossrail, promote cycling in London, abolish bendy-buses and develop a 21st-century replacement for the Routemaster.

There is an opportunity to question Boris Johnson – and the other candidates for the Tory mayoral nomination (Andrew Boff, Victoria Borwick and Warwick Lightfoot) at the Riverbank Park Plaza on Monday 10 September.