Amanda Penfold is to contest the Riverside ward by-election for the Green Party. 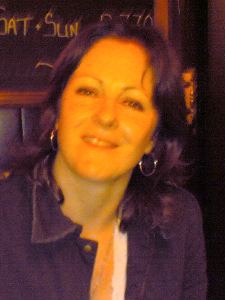 Amanda, who will be the Green Party parliamentary candidate for the constituency of Bermondsey and Old Southwark at the next general election, also stood for the Green Party in the nearby Chaucer ward in last year's local elections.

"I am delighted to have been selected to stand in this by-election," says Amanda Penfold.

"There is a great need for a strong Green voice on Southwark Council. With only one Councillor in the Town Hall at present we cannot even have Green Party motions discussed at Council meetings as we do not have a Councillor to second them.

"I want to give a positive option to people in Riverside who want to vote for environmental sustainability and social justice. The Green Party has positive answers to a whole host of issues from recycling to reducing anti-social behaviour.

On the high-profile issue of the proposed development of Potters Fields Penfold said: "My Green Party colleagues on the London Assembly have given vocal support to the campaign against Berkeley Homes' proposed development of Potters Fields and I will work with them on this issue. Local people have made their opposition to the plans clear and the council's administration have promised a cultural use for the site. The by-election is an ideal opportunity to make sure that the people who make decisions stick to their word."

The Riverside ward by-election – triggered by the resignation of Liberal Democrat Paul Baichoo – will be held on Thursday 13 December.

Amanda Penfold is originally from Liverpool and has lived in Southwark for over 20 years. She has recently completed a law degree as a mature student and works at a solicitor's practice dealing with immigration law issues.

The Green Party's announcement brings the total number of known candidates so far to five. The final list of candidates will be known once nominations close on Friday.