Graffiti on a wall in Winchester Square near Borough Market has been removed by Southwark Council as part of Capital Clean Up Week. 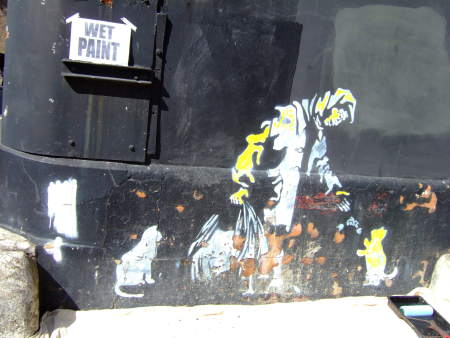 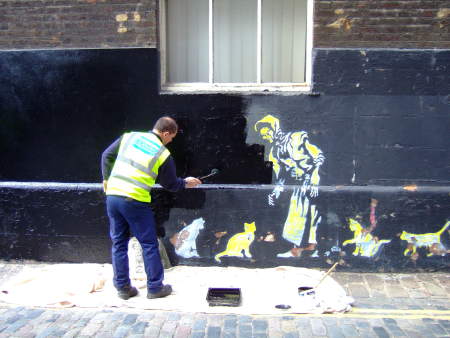 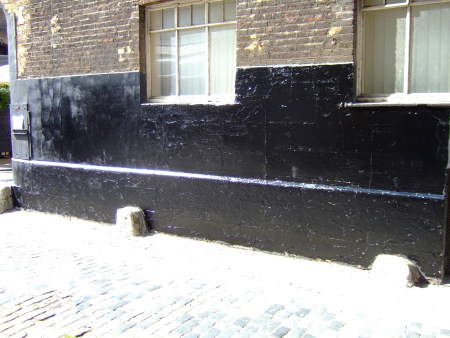 The clean-up squad was sent in to remove the graffiti from the wall at the corner of Winchester Walk and Winchester Square.

"The decision to remove graffiti from any site is no different to any other clean-up operation that the council implements," says Cllr Nick Stanton, leader of Southwark Council.

"We act on complaints received and remove the graffiti in a turn around time of 24 hours to create a cleaner environment for everyone.

"We acknowledge the interest and enthusiasm that currently exists for well-known artists' work.

"However, graffiti is illegal and it costs a good deal of taxpayers' money to clear it up, which could be spent on much more important things that would improve community life for all of us.

"The council takes a tough stance on all forms of antisocial behaviour, including graffiti, and we have a good track record of removing it very quickly."

The council says it spends an estimated Ł260,000 a year cleaning up graffiti – equivalent to the annual salary of eight teachers.

Councils and other landowners have sometimes been criticised for removing so-called street art. Network Rail came under fire last year for painting over work by Banksy in the grim Leake Street tunnel at Waterloo.

This summer the exterior walls of Tate Modern are to be covered in the work of six noted international street artists.

Only last month a piece of demolition debris bearing an image believed to be by Banksy and supposedly found on a building site in the Bankside area sold on eBay for Ł2,150.

Also last month a music video by singer Duffy – based on the Banksy Clink Street image girl with red balloon – was filmed in Merrick Square.

The Clink Street image was painted over in 2005.