A new architect for the Potters Fields scheme will be appointed this spring with early designs published by the end of this summer, Southwark Council and Berkeley Homes have announced. 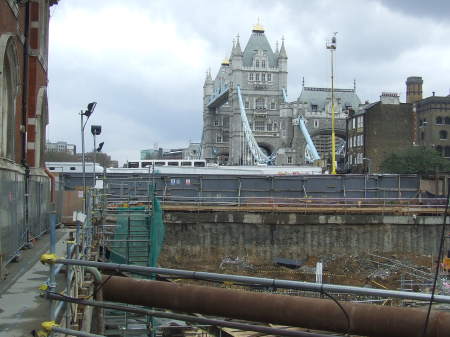 The two parties – who last month signed a cooperation agreement ending several years of wrangling between council and developer – say that initial designs including new housing and a cultural use should be ready for consultation with local residents in early autumn.

A design brief for the prime site next to Tower Bridge will be agreed by a steering group under the leadership of Southwark Council chief executive Annie Shepperd and Berkeley Homes boss Tony Pidgely.

"Although we are still in the very early stages of the agreement, we wanted to let people know how we intend to move forward," says Southwark Council leader Nick Stanton.

"This brand new scheme will have a new architect that will start with a blank piece of paper.

"We believe this gives both parties the opportunity to achieve their aims and deliver an exciting design which is sympathetic to its surroundings, delivers much needed housing for Southwark and a cultural offer which would complement the other assets on the south bank."

"I am delighted that this new agreement is moving forwards. We hope to be able to unveil the initial proposals and hold a public exhibition by the end of this summer."

Although the scheme of eight cylindrical towers designed by Ian Ritchie has now been abandoned, work continues on the underground car park at the corner of Tower Bridge Road and Queen Elizabeth Street.