Six pupils from the City of London Academy in Bermondsey travelled to Brussels last week to present their research on the environment and youth crime to the European Parliament. 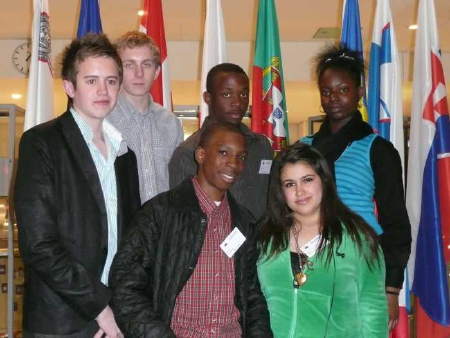 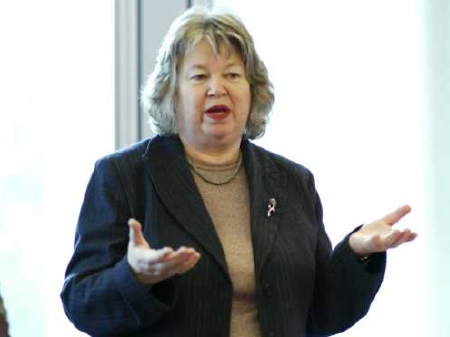 The meeting was the culmination of a year-long project with the 15 and 16-year-olds from the City of London Academy in Lynton Road identifying environmental issues which affect people's quality of life.

25 young people are involved in total, with groups from Berlin, Amsterdam and Paris also attending the meeting.

The project was initially conceived after the riots in the deprived French suburbs in 2005, sparked by the death of two young men who climbed into an electricity sub-station after being chased by the police.

Tolani Agboola explained some of the problems around the Old Kent Road where she lives: "London is very developed, but there are a lot of problems in the city, particularly in Southwark. People have to live in areas which are dirty and where there is lots of graffiti and litter. This affects people's quality of life.

"In London there is a lot of gun crime and knife crime and people don't feel safe when they leave their home. We have to work together to improve the situation. Engaging with children is the best way to change the future."

Janise Sadik added: "There isn't enough to do. Young people need more specialist activities, like dance and acting classes during the holidays, to keep them occupied. In Rotherhithe New Road they helped young people to do a massive graffiti project. It was a positive way to engage people and improve the local area."

Sam Bradley continued: "Youths are part of the solution not the problem. When you're between 14 and 18, like us, there's nothing to do, we can't even go to the gym."

Charles Olizaneku said: "The word youth has become associated with many negative things like vandalism, poor attitudes and a lack of ambition. Many adults are quick to point the finger at youths whenever possible."

He went on to note that Londoners are taking some positive steps to reduce their environmental footprint: "Recycling is on the rise and more and more people are travelling by public transport."

Thinking about the global impacts of our energy use and the poor air quality in London, Jack Cassidy continued: "Natural resources like coal and oil are polluting and bad for our health. We need to invest more in technologies like wind power."

Reflecting on the events of the day, Tolani summed up by saying: "It was really interesting to come here and see how the Parliament works. Many young people feel that we hear about environmental problems all the time but nothing is being done to improve the situation. It would be good if more people had the opportunity to become involved in decision-making."

Jean Lambert, who was herself a teacher in Waltham Forest before she became an MEP, said: "It is essential that young people's local environment is safe and healthy, but all too often that is not the case. We need to give young people the opportunity to become engaged in decision-making so that we can find solutions together.

"These young people are a credit to Southwark and did a fantastic job of representing London in the European Parliament."