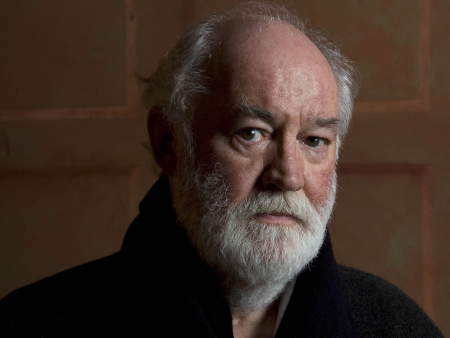 Originally billed as His True Chronicle Historie of the life and death of King Lear and his three daughters With the unfortunate life of Edgar, Sonne and heire to the Earle of Gloster, and his sullen and assumed humor of Tom of Bedlam, Shakespeare presents two tragic intertwined stories. In the first aged Lear (the excellent David Calder) unexpectedly tests his daughters' loyalty: two are false and treacherous while honest Cordelia (Jodie McNee) refuses to flatter her father. In his rage she is disinherited and departs, later to marry the King of France.

Kent (genuine Yorkshire-man Paul Copley), another honest character, tries to reason with Lear. He too is banished but returns disguised to try and influence the king. Lear, rejected by his daughters and turned out into a wild storm, begins to rave and rant against his predicament and old age. His only comfort comes from his wise Fool (Danny Lee Winter).

The second story involves Gloucester and his sons: Edmund (illegitimate) and Edgar (natural and noble). Edmund schemes with both Lear's daughters Goneril and Regan while Edgar disguises himself as a madman, Poor Tom. Finding his father wandering, blinded by the servant of Regan's husband, Cornwall, Edgar takes pity on him, and guides him to Dover.

Lear too is stripped of dignity, raving and at Dover. By now, war and tragedy are inexorable. The production gathers pace and soon the bodies of Regan (Kellie Bright), Goneril (Sally Bretton), even good Cordelia and Lear himself fill the stage.

The final dance/curtain call is movingly choreographed as the characters return to life.

The staging is spare and costumes timeless and beautiful. Throughout Claire van Kampen's stunning musicians are chorus and commentary as they bear the tragedy on.