The refurbished St Mary's Churchyard at Newington Butts was officially opened this week by the Mayor of Southwark and rededicated by the Bishop of Woolwich. 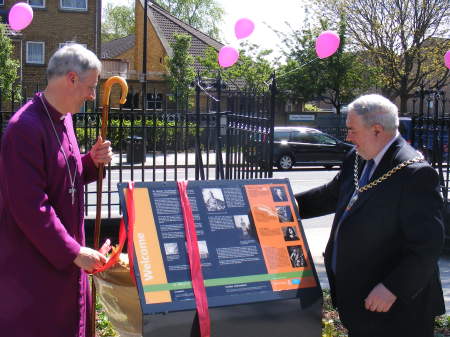 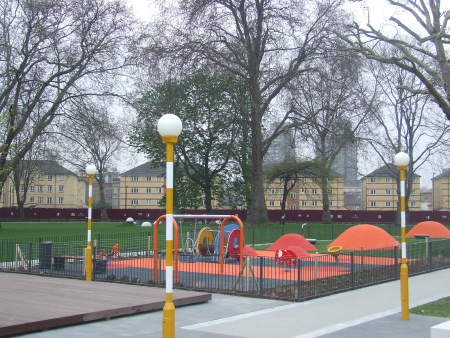 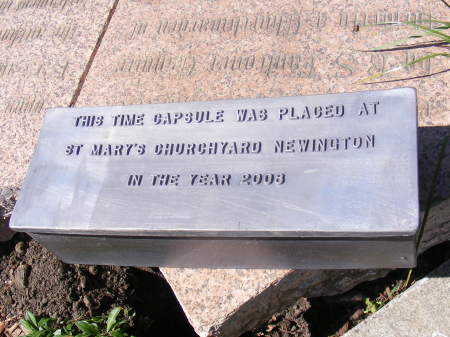 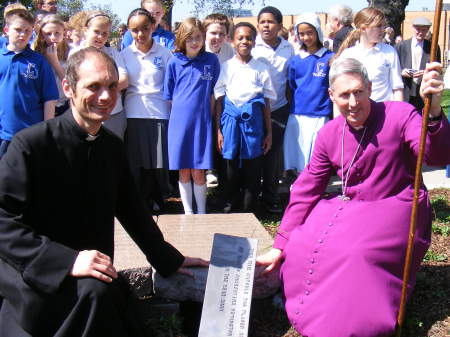 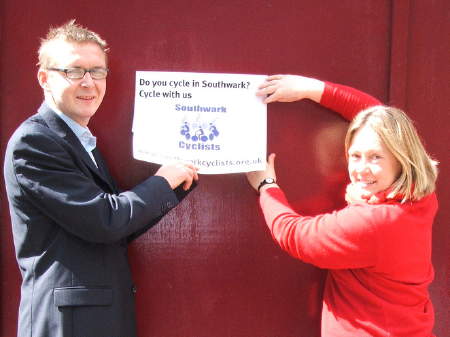 The relandscaping of the park – which adjoins the Elephant & Castle Leisure Centre and the southern roundabout – was supported by a Ł1.35 million grant from the London Development Agency. The new design is by Martha Schwartz Partners.

"This park highlights what regeneration in Southwark is all about," says Cllr Paul Noblet, executive member for regeneration.

"It's something that everybody can use, regardless of how much you earn, where you live, where you were born."

In his speech, the Bishop of Woolwich, the Rt Revd Christopher Chessun, said: "This churchyard benefited from an earlier regeneration scheme in 1876 when by Act of Parliament it was decided that the previous church should be pulled down and that the churchyard should remain as a bigger open space for the benefit of the community.

"It's wonderful now at this moment in time, in the context of renewal and breathing new life and new hope into this community for the next generation, we start here as a sign of the promise of what is to come for a much wider part of this central London community over the next 10-15 years or so, a time of great transformation."

The bishop explained that the churchyard will remain "holy ground" before saying a prayer of rededication.

A time capsule was buried in the park containing items contributed by year six pupils from Crampton Primary School including coins, badges, souvenirs, photos, a tube map, and a photo history of Elephant and Castle. They have also produced a newsletter predicting how they think people will live in 50 years' time.

The capsule also contained an Olympic baton from the LDA and items selected by the congregation of St Mary Newington whose church now stands down the road in Kennington Park Road.

Southwark Council first announced the revamp of St Mary's Churchyard in 2006 when it also promised the imminent removal of the southern roundabout and subways at the Elephant & Castle. Two years on the churchyard has been reopened but the bleak subways are still very much in existence. We asked regeneration boss Paul Noblet for a progress report.

"On the southern roundabout we are very confident now that Transport for London and ourselves will be signing off the final deal to get on with that very soon," he said.

"We should be able to do that in the next couple of weeks and I think that's going to be very positive. That construction, once it starts, should be quite quick.

"In terms of the northern roundabout ... we've been working with TfL who have been drawing up a report of their own in terms of what improvements they want to see. We were negotiating with the last Mayor [Ken Livingstone] as to what that price might be.

"Top of the list to go and see [Boris Johnson] about will be the northern roundabout and hopefully we'll be able to go and see him and put some pressure on in the next couple of weeks.

"I think the change of Mayor may speed things up ... we were slowed down by the election progress but I imagine the new Mayor will want to hit the ground running ... and I hope we will hear something about what TfL expect from us in the next six weeks to two months."

In July 2007 Southwark Council announced that Lend Lease was its preferred development partner for the Ł1.5 billion regeneration of the Elephant and Castle. Since that announcement the timetable for the signing of the final regeneration agreement has slipped several times and the council's most recent forward plan now gives a target date of December 2008.

We asked Cllr Noblet whether he could reassure local businesses and residents who may be concerned by the delay.

"I think that the TfL work on what they want to see with the northern roundabout and the tube stations is the key to unlocking the rest of the project," he says.

"I think quite rightly both we and Lend Lease have been waiting to see what TfL want from us in terms of money to do that transport improvement."

He says that he is "very confident" that the council and the developer will be able to move forward once TfL has provided its figures.

"Certainly I've got no reason to doubt Lend Lease's commitment to the project. They are very much focussing on us and on the Olympic Village. They've actually pulled out of a couple of other projects in London to make sure the resources are properly available.

I've got every confidence that Lend Lease are committed and that we'll get progress in the next couple of months."

Between the park and the former site of the London Park Hotel is Churchyard Row, a narrow alleyway that forms part of the Elephant and Castle cycle bypass.

First Base, who are building a 44-storey residential tower and a new home for Southwark Playhouse on the former hotel site, have – at the suggestion of local cyclist Rebecca Lack – provided space on their hoardings to display the logos and web addresses of local cycle groups Southwark Cyclists and Lambeth Cyclists.

"Encouraging and promoting a healthy lifestyle is an important part of our own commitment to creating sustainable communities in London," says First Base's Richard Powell.

Barry Mason, co-ordinator of Southwark Cyclists, says: "Hundreds of people cycle past here every day. It's great that First Base went for the idea and paid for the design and the posters. Using the hoardings is a clever way of publicising Southwark Cyclists' full calendar of events. From Saturday Healthy Rides that are paced for all; our Southwark refugee and asylum seeker cycle training; our much longer rides and weekends away; and our campaigns for better conditions for everyone who cycles."

• On 12 July St Mary's Churchyard will host an open-air film screening as part of the London Festival of Architecture.