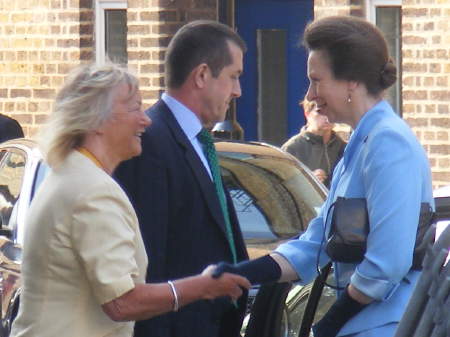 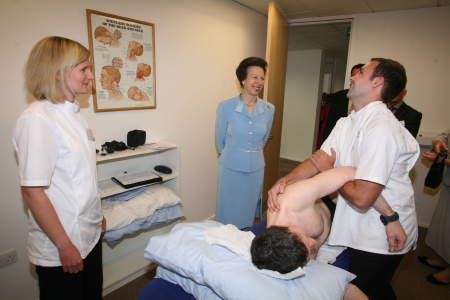 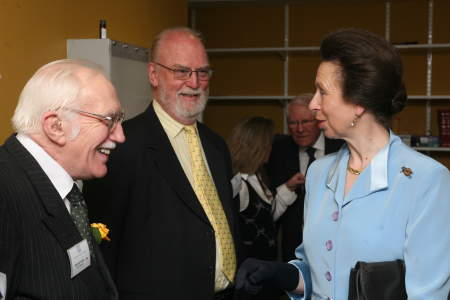 The British School of Osteopathy's clinic with 34 modern, climate-controlled treatment rooms is in Southwark Bridge Road with a reception on the corner of Sawyer Street. The new building is a short walk from the BSO's building in Borough High Street which will continue to be a teaching centre.

"The new clinic will offer our patients the best possible environment for their treatment and we are very pleased that our patron, The Princess Royal, has agreed to officially open it," said BSO principal Charles Hunt.

"We are proud that this new clinic will be the most modern osteopathy clinic in Europe and probably in the world with over 42,000 appointments to be seen in the coming year."

The Princess Royal, during an informal address to staff, students and supporters, said that "it would have been absolutely wrong to have ignored this opportunity" to move to Southwark Bridge Road.

"It is quite along time since I first got involved in the British School of Osteopathy and I have seen rapid change and evolution of the profession and its profile. Its ability to serve the community has changed out of all recognition," added the Princess.

"In the end it is about the service to this local community who have been great supporters and enthusiasts and to be able to create the opportunities to be able to serve more has been a real bonus to all of the school."

Before officilly opening what she dubbed "the Southwark Bridge clinic", the Princess thanked those who had contributed to the Ł5m appeal to cover the costs of the building and joined the Principal in stressing the need for further donations.

The BSO is a registered charity training osteopaths and at its clinic seeks to offer affordable and accessible treatment to the public.

Osteopathy is a primary healthcare system, complementary to other medical practices. It is suitable for almost anyone and can contribute to alleviating an enormous range of conditions. The BSO regularly treats children, pregnant women, the elderly, shop, office and manual workers, professionals, dancers and sports people.

Among the guests was Bermondsey resident and BSO supporter David Roberts who was accompanying his 92 year old mother Violet. "Before she started treatment here she was in a wheelchair," explained David.

On arrival the Princess was welcomed at the entrance by local resident and former Southwark Mayor Hilary Wines who was standing in for Cllr Bob Skelly whose mayoral year was due to officially end during the Royal visit.