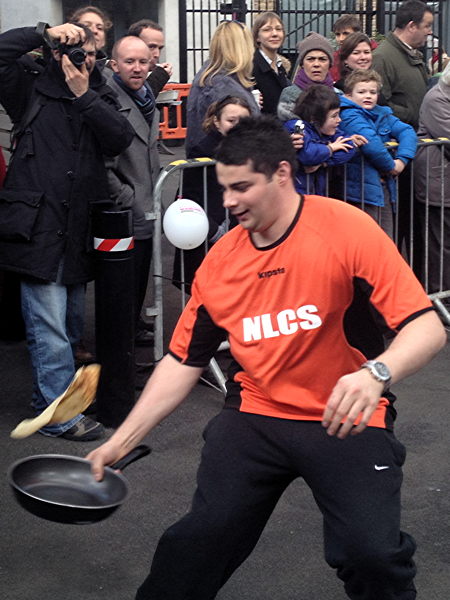 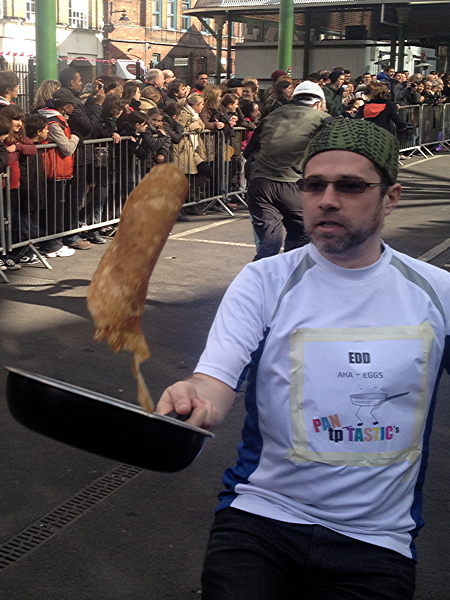 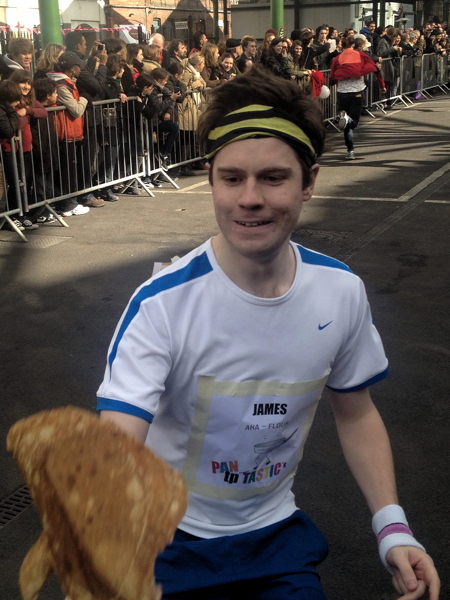 This is the sixth year that Better Bankside has organised the popular race which is held in support of local charity Paintings in Hospitals, based at the Menier Gallery in Southwark Street.

17 teams from Bankside-based firms and organisations took part in the contest to win the trophy created for the event by London Glassblowing.

The race was held in the Jubilee Market at Borough Market rather than in Montague Close as in previous years.

The four finalists were the teams from Novotel London City Bankside, Trayport, Glaziers Hall and reigning champions the British School of Osteopathy.

The four heats and grand final were started by Canon Bruce Saunders, sub-dean of Southwark Cathedral.

Glaziers Hall's victory in the pancake race provides an auspicious start to an important year for the livery hall and riverside conference venue next to London Bridge: this summer it will host the House of Switzerland during the Olympic Games.