Lambeth Police have sought to reassure the Waterloo community after a 15-year-old girl was stabbed to death at Matheson Lang Gardens on Monday afternoon. 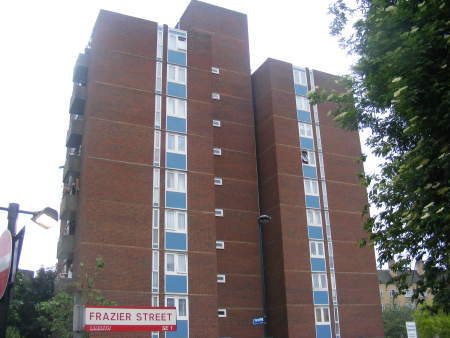 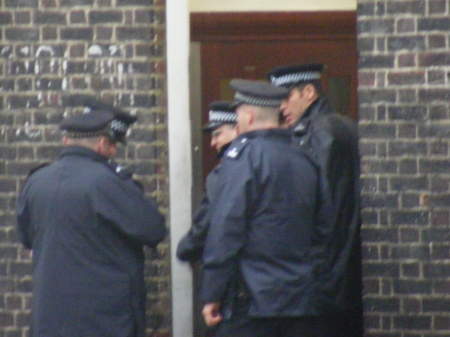 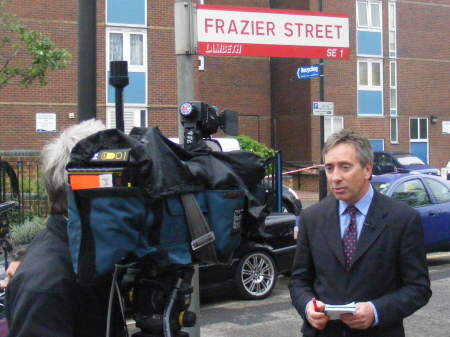 Frazier Street was sealed off between Lower Marsh and Baylis Road on Monday evening as forensic officers examined the lift where a 15-year-old girl was found with multiple stab wounds.

The girl's body was removed from the scene just before 10pm.

During the evening police officers carried out door-to-door inquiries in neighbouring blocks.

The Press Association cites neighbours who say that the murdered girl was a pupil at the Harris Academy Bermondsey in Southwark Park Road SE16.

Reporters, photographers and camera crews descended on the area to report on the 16th violent death of a teenager in London so far this year.

"We have seen recently the devastating impact of knife crime on teenagers in London and this afternoon's tragic incident in Kennington ++ will concern our local communities," says Supt Alistair Sutherland of Lambeth borough police.

"However, although the investigation is at an early stage the community should be reassured that this does not appear to be gang related or as a result of a stranger attack. We also have man in custody arrested on suspicion of murder.

"Lambeth Police will be talking to community representatives over the coming days to reassure them and deal with any issues of concern.

"Operationally in response to youth and knife crime generally, Lambeth and its neighbouring boroughs are focused, through Operation Blunt 2, on the carrying and use of knives on London's streets. Lambeth Borough Police are fully committed to reducing knife crime and enhancing the safety of its community.

"The Met reduced serious youth violence in 2007/08. However, it remains the Met's biggest priority after terrorism and the death of any young person is one too many."

Supt Sutherland is due to address a meeting of Lambeth Community-Police Consultative Group at St John's Waterloo on Tuesday evening.

[ ++ Although the murder occurred in the area covered by Kennington Police Station, Waterloo would be a better description of the locality. ]