Bermondsey Central Hall is one of five Methodist churches belonging to a newly merged circuit covering Southwark and Deptford. 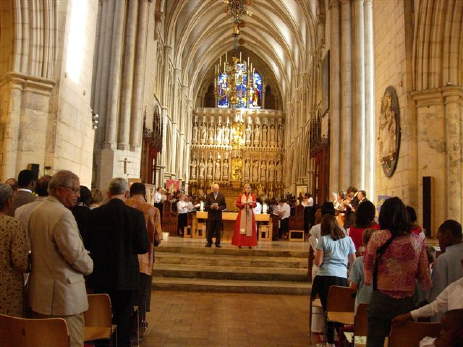 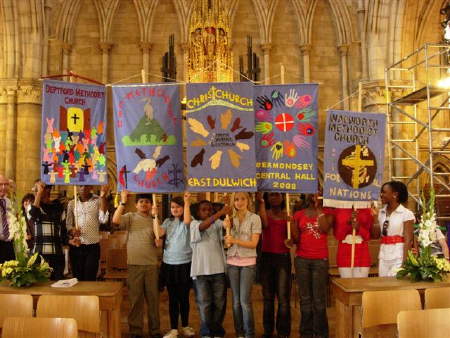 More than 300 people attended the inauguration service for the new Southwark and Deptford Circuit of the Methodist Church which was held in Southwark's Anglican cathedral at London Bridge.

The service opened with a colourful procession of banners made by members of the churches in the new circuit. Revd Jenny Impey, co-chair of the London district, led the inauguration of the Southwark and Deptford Circuit and the induction of Revd John Chambers as its superintendent.

A choir, drawn from all the churches, sang "Achieved is the Glorious Work" by Haydn.

"This is an exciting time for Methodists in Southwark and Deptford," says Revd John Chambers who is based at Walworth Methodist Church.

"Our new circuit gives us opportunities for new ways of working as the Methodist Church in Southwark and Deptford and responding creatively to the needs of our local community.

"We shall all gain from each other's experience. Two of our churches are ecumenical partnerships with the United Reformed Church and several churches already work with secular organisations.

"We aim to develop further our relationships and ways of working with ecumenical and secular partners."