A Lambeth-born hero of World War I has been honoured with a commemorative paving stone to mark the centenary of the brave acts that led to him being awarded the Victoria Cross. 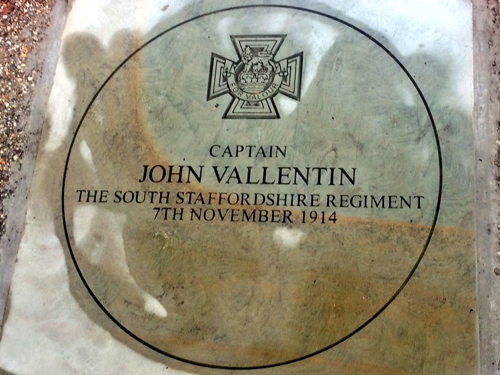 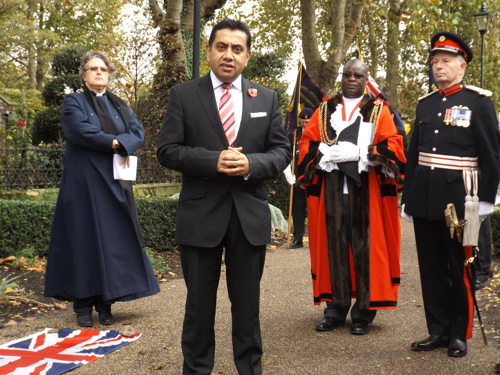 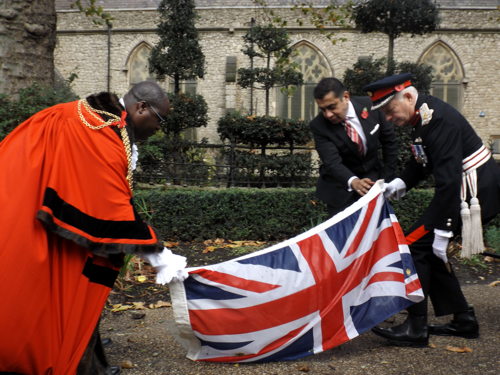 The stone is unveiled 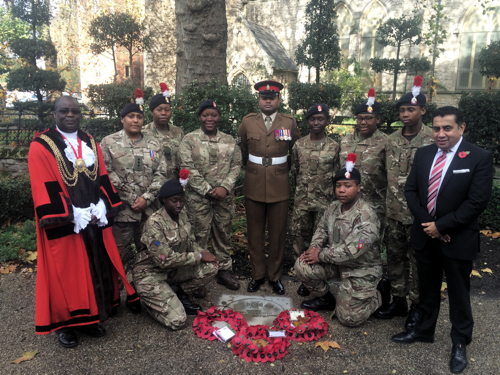 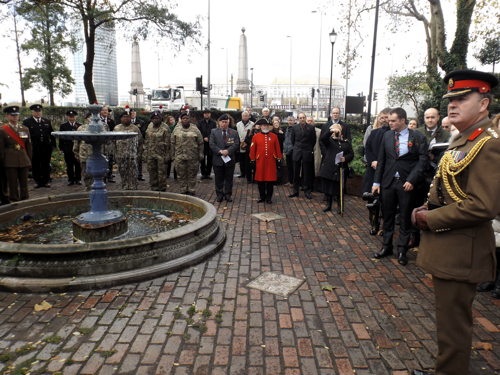 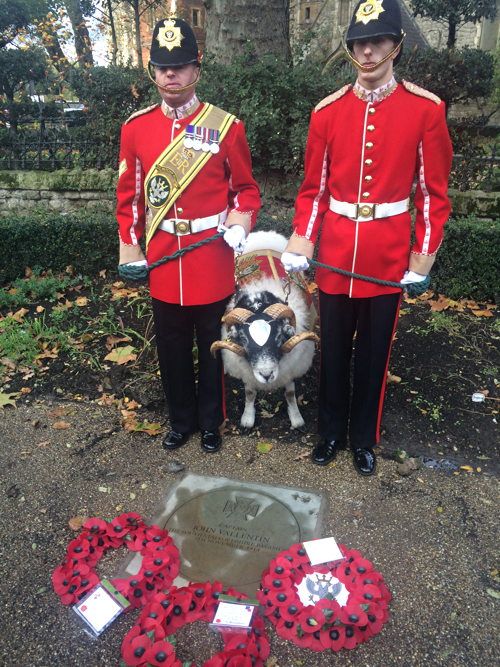 John Vallentin was born in 1882 in the parish of St Mary-at-Lambeth. At the first battle of Ypres in November 1914, he was a 32-year-old captain in the 1st Battalion of the South Staffordshire Regiment.

On 7 November 1914, Captain Vallentin, who was in temporary command of the battalion, led an attack on a trench near Zillebeke, Ypres. Despite being severely wounded he pressed on with the attack before succumbing to machine gun fire.

Captain Vallentin's citation for the award of the Victoria Cross read: "…when leading an attack against the Germans under very heavy fire, Captain Vallentin was struck down and on rising to continue the attack, was immediately killed.

"The capture of the enemy's trenches which immediately followed was in a great measure due to the confidence which the men had in their captain, arising from his many previous acts of great bravery and ability."

This August the Government launched a the nationwide campaign to honour those who received the Victoria Cross during the First World War with commemorative paving stones near their places of birth or or where they lived following the war.

One of the first stones to be laid was for Frederick Holmes VC in Bermondsey.

Now Lambeth's first VC recipient of World War I has been recognised with a paving stone in St Mary's Gardens, close to Lambeth Palace and the Garden Museum.

The affirmation was read by Cllr Sally Prentice. Bishop's ward councillors Ben Kind and Kevin Craig were also in attendance.

Lance Sergeant Johnson Beharry, who received the VC for bravery in Iraq a decade ago, was present at the ceremony.

"Today we have come together to remember the bravery of a local Lambeth man," said Lord Ahmad.

"One hundred years ago, men like Captain Vallentin signed up to fight what they hoped would be the war to end all wars.

"Displaying exceptional bravery, they inspired those around them – their comrades, their friends – to reach deep inside themselves and achieve great deeds.

"Their sacrifice was not in vain. The service of Captain Vallentin and those like him in the past has meant that your todays and tomorrows are free.

"The stone that we lay here today is a small token of our gratitude and I hope that for many years to come it will remind us all of the gallantry of the brave men of this community and their role in the history of the First World War."

The colourful occasion featured the mascot of the Mercian Regiment, a ram called Private Derby.

John Vallentin's VC medal is now held by Wellington College where he was educated.