The Queen and the Duke of Edinburgh visited Potters Fields Park on Tuesday to see the inflatable New Zealand rugby ball which has been installed next to Tower Bridge. 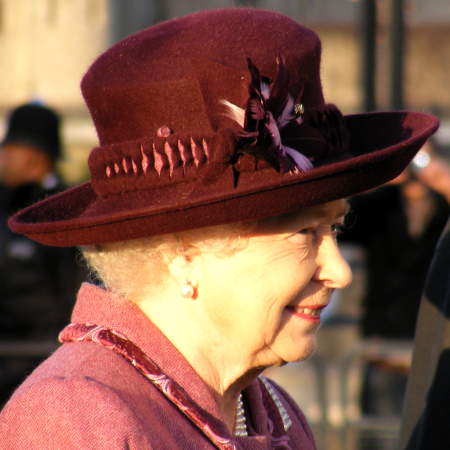 The Queen at Potters Fields Park 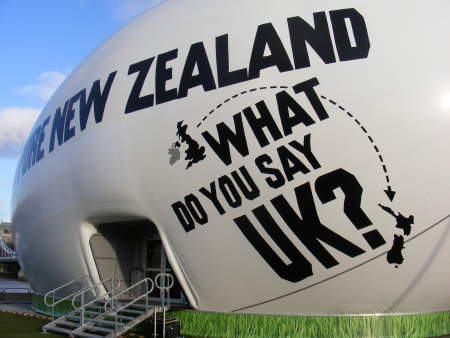 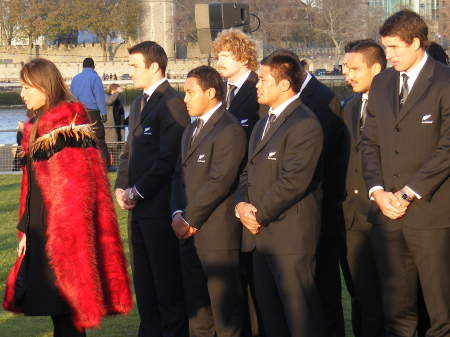 The All Blacks lined up to greet the royal visitors 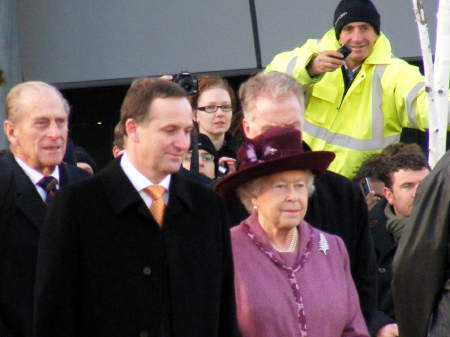 The Duke of Edinburgh, the New Zealand PM John Key and the Queen 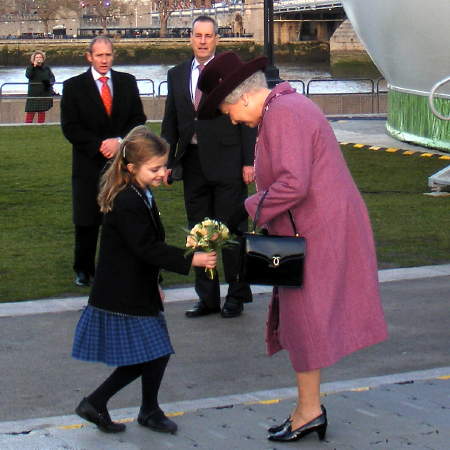 The Queen receives a posy from Caroline Kay, aged 8, of Putney

New Zealand prime minister John Key greeted the royal visitors outside the 25-metre inflatable rugby ball which will remain in the riverside park until Tuesday as part of a New Zealand tourism promotion.

The Duke of Edinburgh was the first to arrive – straight from a lunch engagement across the river in the City – and he chatted with the prime minister and high commissioner while they waited for the Queen to arrive.

The royal visitors received a Maori welcome as they walked through the park.

The Queen and the Duke also met members of the All Blacks rugby squad who are in London for their match with England at Twickenham on Saturday.

New Zealand is hosting the Rugby World Cup in 2011 and on Monday 1 December the pool allocation draw will be held in Potters Fields Park.

Earlier in the day Mayor of London Boris Johnson made the short walk from City Hall to visit the rugby ball.

During his visit Mr Johnson said: "London is the home of sport and England the birthplace of rugby, and it's about time the Rugby World Cup came back to our city. Rugby is one of the great team sports with a fantastically loyal following – who can forget the reaction to the reaction following England's victory in 2003? Having secured the right to host the Women's Rugby World Cup in 2010, let's bring the men's tournament to London in 2015."

• The rugby ball is open to the public until Monday afternoon.