At a packed meeting in the Arc nursery in Crosby Row last week around 60 local parents offered support to the parents who are mounting a rescue operation to keep the nursery open. 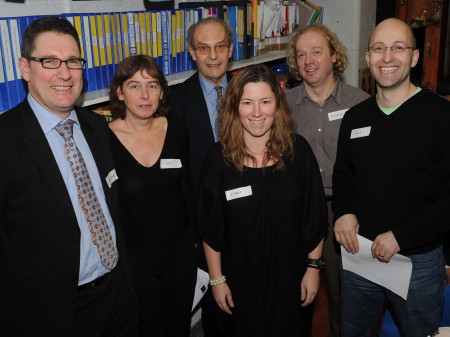 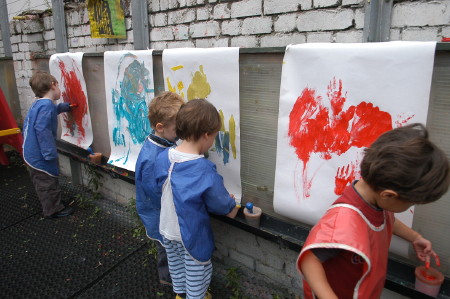 Armel Cates, the chair of the trustees of Charterhouse-in-Southwark who currently run the nursery, Cllr Lorraine Zuleta and Southwark Council officers who are supporting the transition were also there to hear parents welcome the shadow board's plans.

As we reported last autumn the Arc – which has been open since 2002 – was threatened with closure as part of Charterhouse-in-Southwark's move away from direct service provision.

A group of parents put together a rescue plan and obtained council support for a transition period. Last week they held an open meeting to provide a progress report and ask for further ideas and support.

Chair of the shadow board Andrew Wright and his fellow board members talked about the work they have been doing to prepare for their new responsibilities.

Board members said they wanted to expand the number of families getting financial assistance – low income should not be a barrier to getting quality childcare – and would aim to raise funds so they could give some help directly.

"The Arc is a great local nursery facility with a reputation for quality and achievement," says says Cllr Lorraine Zuleta.

"I have known the nursery since it started and having presented certificates to children going on to primary school, I have seen how wonderfully they develop as a result of the care and education they receive there."

She added: "The parents did an amazing job putting together the business plan, the council and Charterhouse supported it and this to my mind is partnership working at its best. There is a strong demand in the area for high quality child care including affordable places and with the council supporting the transition, I am sure that this will be a tremendous success."

The shadow boad says that money is needed to support the transition costs and expenses in the first few months of operation, but thereafter they plan to run the nursery as a self-sustaining operation, with fees covering expenses and charitable donations supporting affordable places and extra activities for families.

The board is also talking to Southwark Council about reserving a few places for vulnerable children who would benefit from the responsive child centred care for which the nursery is renowned.

Plans are in place for a smooth transition to parent-led ownership on 1 April with continuity of staff and care standards.