Tributes to businessman and teacher Jack Hames at Borough funeral

Mourners at the funeral of Copyprints Business Centre founder Jack Hames were invited to add their tributes to a giant poster in the crypt. 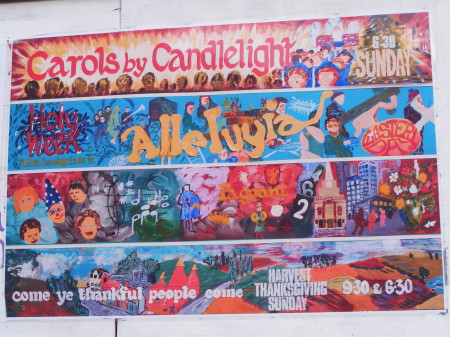 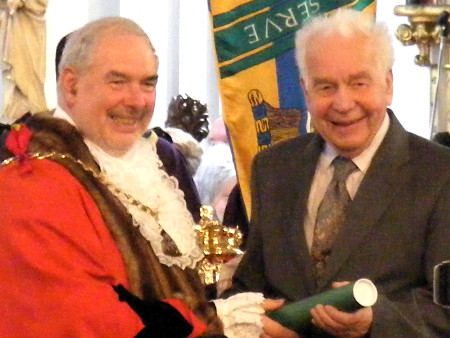 The service was at St George the Martyr in Borough where for 46 years Jack's giant posters on the south side of church were a familiar sight in Borough High Street. Every seasonal event such as Harvest Festival was advertised to shoppers and commuters.

Among the large congregation was former neighbour and curate Sidney Riggs who remembers Jack starting to paint the outdoor posters in 1963. Samples of his past work were reposted on the board for the funeral.

Parish priest Ray Andrews said that he had found Jack on his hands and knees creating a poster just a few months ago.

"He was an independent thinker, an honest and forthright man," said Fr Andrews. "He had a warmth and a great gift for friendship. He was unusual in that he could disagree with you but not alienate you.

"He was a great community man contributing significantly to our community in Southwark."

In introducing a family tribute daughter Caroline said: "My dad was a dynamic, creative, visionary, caring, compassionate and highly talkative man with a great sense of humour. People and family were all important to him."

Handel's aria 'I Know That My Redeemer Liveth' was sung from the gallery by friend Debra Williams.

Three generations of Jack's family packed the front rows. Also present were the staff of nearby Copyprints.

The Mayor of Southwark was represented by Hilary Wines. Also present were Cathedrals ward councillors Adele Morris and David Noakes.