Plans for a 28-storey tower with accommodation for more than 550 students - known as the 'Quill' - have been unveiled. 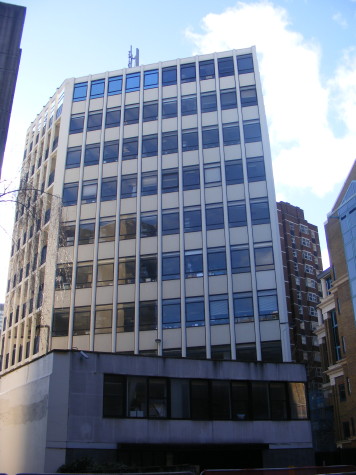 King's College London and Investream held a public exhibition last month to show off their proposals for for the redevelopment of Capital House on the corner of St Thomas' Street, Weston Street and Melior Street.

The current building is 10 storeys; the proposed Quill tower designed by SPPARC has 28 storeys and more than 500 rooms of student accommodation.

The developers say that the name 'Quill' is an allusion to Southwark's literary heritage and the borough's links to Shakespeare, Chaucer, Dickens and Keats.

According to one of the display panels at the exhibition, "the theme for the design echoes that of natural 'quills' in the form of birds' feathers and the spines of a porcupine".

The tower, clad in glass and anodised metal, would have a 'reading room' on the top floor offering a communal space for students with spectacular views across London.

The developers were not prepared to release an image for publication on this website. Pictures previously available on the architect's website have been removed. However two images can be seen at skyscrapernews.com

The site of the Quill is close to both the Shard of Glass at London Bridge and the proposed Three Houses development further along St Thomas' Street.

The Quill's developers are touting their building as a "strategic foothill to taller neighbours".

Investream and King's are also keen to stress the green credentials of their proposal; they say that a folding bicycle will be provided in each student's room.

A full planning application is expected to be submitted to Southwark Council this summer.