Plans for a 905-bedroom student residence in a 39-storey tower to be built next to Guy's Hospital and London Bridge Station have been approved by Southwark Council. 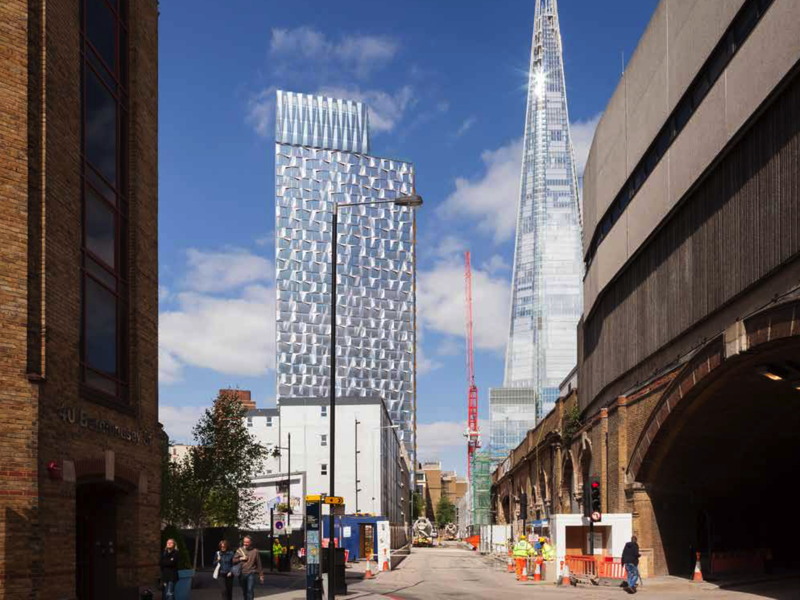 A visualisation of the development seen from the junction of Bermondsey Street, St Thomas Street and Crucifix Lane 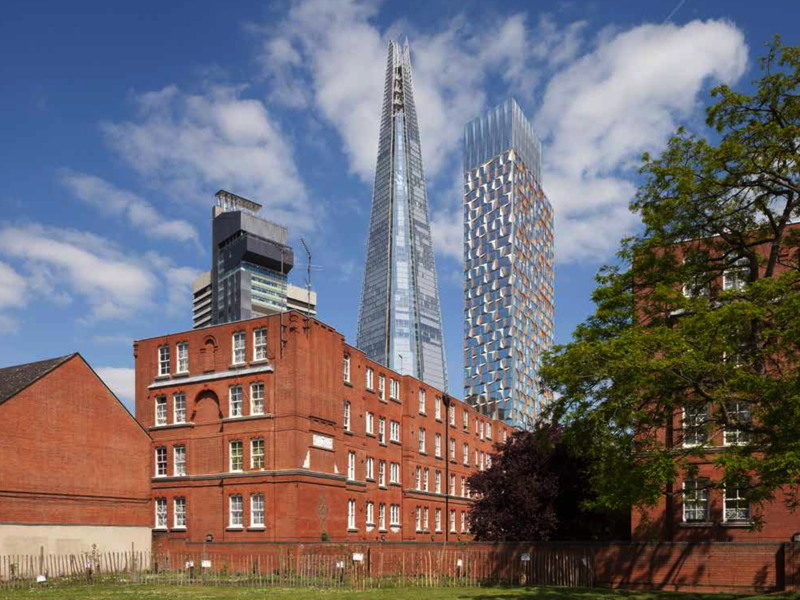 Rents for the proposed accommodation will range from Ł14,000 to Ł22,000 a year, prices described as "insane" by planning committee member Cllr Hamish McCallum, whilst Cllr Cleo Soanes said she was "shocked and appalled".

Greystar acquired the site at the corner of St Thomas Street and Weston Street in 2017 for an undisclosed sum.

This latest scheme is the first in a number of major planning applications for the St Thomas Street area likely to come before councillors in the coming months.

Presenting the application at Tuesday night's committee meeting, planning officer Terence McLellan explained that Greystar planned to make its affordable housing contribution in the form of an in-lieu payment of Ł34.1 million.

The authority will put the cash towards its programme to build 11,000 new council homes across the borough.

Michael Tsoukaris, the council's head of design and conservation, described the plans drawn up by KPF as "an exceptional piece of architectural design" that would be "slender and subservient to the Shard".

"This monstrous building is far, far too big, too tall, too massive, for this St Thomas Street site," he said.

"To put it in a nutshell, it is developers' greed gone absolutely mad."

Landscape architect and Southwark resident Jessica Beattie warned that the developer's proposals for the public realm were unrealistic in terms of wind mitigation and planting, and lacking in detail.

"The City of London would never accept this quality of information," she said.

Toby O'Connor of the Old Bermondsey Neighbourhood Forum took issue with an error in the planning officer's written report about the amount of community infrastructure levy (CIL) payable by the developer which had been misstated by around Ł23 million in the original version.

Mr O'Connor also pointed out that the council's proposed social regeneration charter for St Thomas Street is yet to be published and approved, but yet decisions on planning applications are already being made.

David Rothwell from Greystar explained to the committee how the developer had responded to feedback whilst drawing up the scheme, reducing the height of the tower and increasing its affordable housing offer.

"This application is the first of four sites on St Thomas Street and in my view is premature," said London Bridge & West Bermondsey councillor Damian O'Brien, warning that the tower would be "a blight on the townscape of St Thomas Street" and that it "sets a very unwelcome precedent for the other three applications which will follow".

Committee member Cllr James McAsh said that he recognised the valid concerns raised by objectors but agreed with planning officers that the benefits of the scheme outweighed those issues.

Cllr Jason Ochere said that he was mindful of the thousands of people on Southwark's housing waiting list and was therefore supportive of the scheme.

Cllr Hamish McCallum warned that he was minded to vote against the scheme because it failed to comply with the London Plan, noting "serious concerns about the suitability of student accommodation on this site".

Cllr Adele Morris said she hadn't heard any justification for the "upscaling" of the height building from previous schemes and its resultant impact on the immediate community.

"We cannot just say that anything goes," she said.

Cllr Cleo Soanes said the objectors had made a "compelling" case and told the meeting that, as a teacher" she was "shocked and appalled" by the quoted rents for the student accommodation.

He added: "I'm pleased that our planning gain has resulted in Ł34.1 million that will go into our development pot and will allow us to build homes in a much greater number than might be possible here."

The scheme was approved by five votes to two with one abstention.