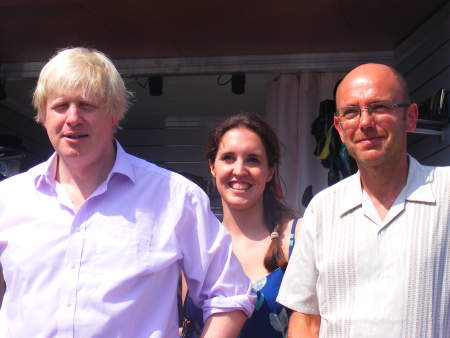 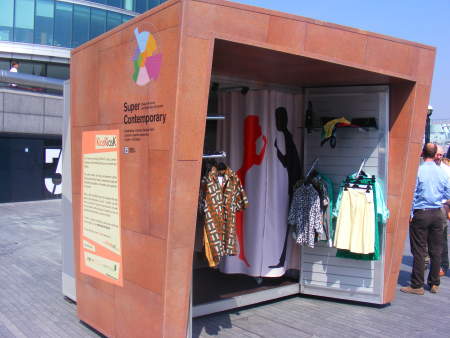 The kiosk – which forms part of the Design Museum's Super Contemporary exhibition – will be at More London Riverside next to The Scoop until 2 September.

Dozens of fledging creative businesses will sell their products over the next two months – including ceramics, clothes, jewellery, bag and furniture designers.

"We believe that the KiosKiosk concept is a simple and cost-effective way to spice up our towns and cities," says Wayne Hemingway who is one one of the Mayor's London Leaders.

"This architecturally interesting, easy to construct retail space gives entrepreneurs and creative minds a chance to have a go and put their ideas in front of the public to encourage an enterprise culture.

"This also adds excitement to our streets. We've been overwhelmed by the phenomenal response to our call for KiosKiosk occupants proving through this experiment, that the demand and talent is out there."

• Wayne Hemingway will be giving a talk at the Design Museum next Tuesday night.

• The KiosKiosk will host a series of special events on Sundays in July including children's workshops with Creative Charlie on 5 July and an appearance by Amy LamÃ© on 19 July.