Actress Shirley Anne Field this week unveiled a plaque in Waterloo's Exton Street to mark the 140th anniversary of the opening of Action for Children's first children's home. 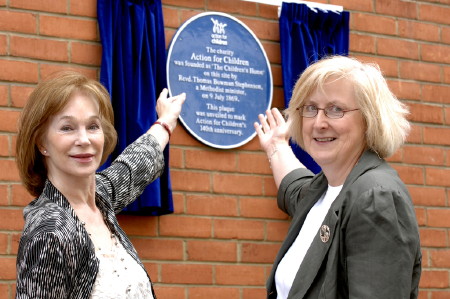 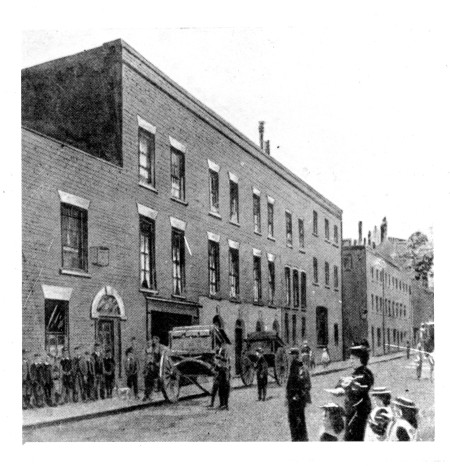 On 9 July 1869 Methodist minister Thomas Bowman Stephenson opened the doors to Action for Children's first children's home in Waterloo's Exton Street (then called Church Street) and it became known as a place where children were treated with affection and respect and supported to make something of their lives.

Stephenson was minister of the nearby Waterloo Road Chapel which later became the site of the Union Jack Club. He rented a cottage in Exton Street for the children's home. "A more prosaic place could scarcely be imagined," wrote Revd Nehemiah Curnock. "It is by no means the brightest street in a not very brilliant neighbourhood."

140 years later, the charity Action for Children – originally The Children's Home, then NCH – now provides services for children, young people and families across the UK.

"Having grown up in one of their homes, I know first hand just how valuable Action for Children's work is in supporting children and vulnerable young people," said Shirley Anne Field.

The plaque has been affixed to the Jubilee line substation and ventilation shaft building near the corner of Exton Street and Cornwall Road.

"It's a fantastic achievement to celebrate 140 years of supporting and taking action for some of the most vulnerable children, young people and families across the UK," says chief executive Clare Tickell.

"Action for Children excels at transforming lives because children and young people are always at the centre of everything we do. I am so proud of the staff, supporters and service users – past and present, who are committed to keeping Stephenson's inspirational vision alive for as long as it takes."