Borough Market traders on the move as Thameslink demolition begins

Traders are moving out of Borough Market's Three Crown Square this week as Network Rail prepares to demolish part of the market to make way for a new railway viaduct. 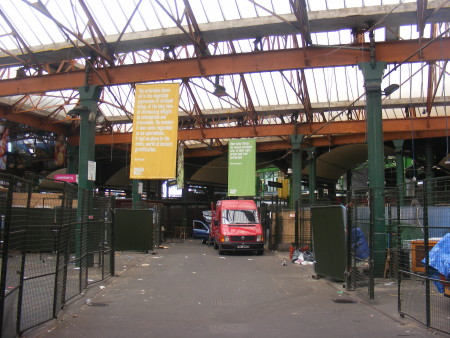 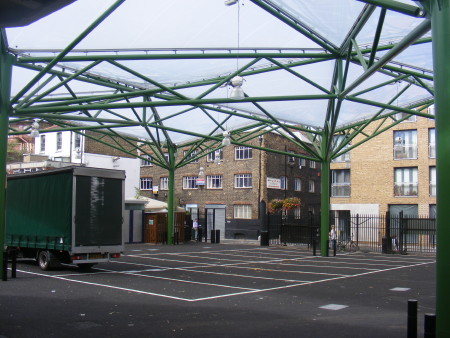 From Thursday the new Jubilee Market will specialise in raw food 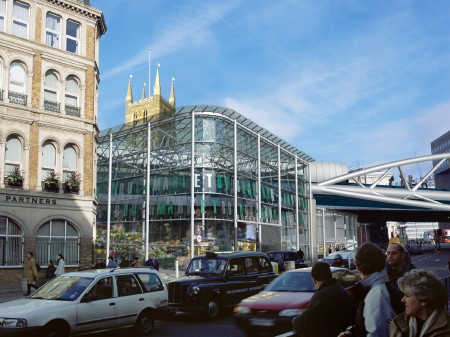 When the Thameslink railway viaduct through the market is complete, a new glazed market hall will be built on Borough High Street

Three Crown Square and the main market entrance via the archway on Southwark Street will be closed to the public from this week. On Bank Holiday Monday work was already under way to move traders' fixtures and fittings out of the space.

The new covered Jubilee Market on Winchester Walk has been funded by Network Rail. When it opens to the public on Thursday it will focus on suppliers who specialise in raw food.

Jubilee Market's new roof is made from the same durable, clear material used for the Beijing Water Cube and Cornwall's Eden Project.

A team of helpers will be on the spot over the coming months to field questions and help shoppers locate their favourite traders.

"It will be very much 'business as usual' for us," explains Glenis Reagon, managing director of Borough Market.

"The new Jubilee Market is just one of a number of improvements we're planning to enhance the shopping experience for our customers and traders. There will be better routes around the market, improved seating and facilities – we're really excited about it."

The Thameslink programme – which will increase capacity on the notorious railway bottleneck above Borough Market and open up new north-south links across London – will involve the demolition of a number of listed buildings around The Borough.

Eventually a new glazed market hall will be constructed at the corner of Borough High Street and Bedale Street.

The Thameslink programme (originally known as Thameslink 2000) has been talked about for more than a decade, though its impact has only really been felt by residents and visitors to SE1 since the start of this year when shops at the northern end of Borough High Street closed down.

In mid-September the Thames Path at Blackfriars will close for two years whilst a new station entrance is constructed on Bankside.