The borough of Southwark has signed a memorandum of understanding with the city of Seocho City in South Korea. 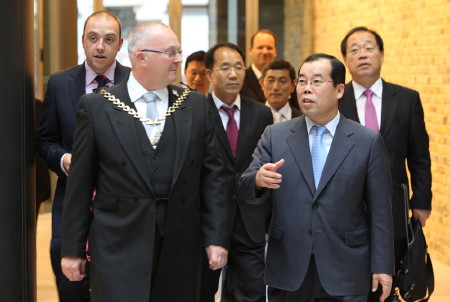 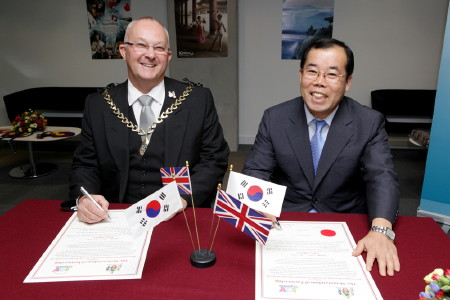 On Tuesday the Mayor of Southwark Cllr Jeff Hook welcomed a group of distinguished guests from Seoul to the council's new offices at 160 Tooley Street.

The group, led by the Mayor of Seocho, Park Sung Joong, is in London to sign a memorandum of understanding with Southwark Council, establishing a relationship of common interest.

The group also met Christian Guertler, the chief executive of Dulwich College Management Company, which is establishing a new school in Seoul.

On Wednesday the Mayor of Seocho and his entourage is taking a tour of historic Southwark with local writer John Constable including Shakespeare's Globe, the Clink Prison, Hay's Galleria and Butler's Wharf.

The memorandum of understanding between the two authorities reads: "The London Borough of Southwark and Seocho City in Seoul Metropolitan Government, the Capital of the Republic of Korea will agree to establish a relationship of common interest based upon their friendly relations for promoting mutual co-operation and understanding, and to facilitate their administration, economy, education, culture and society and other areas by agreeing to the following:

"The two parties will enhance their mutual understanding by establishing the framework to exchange human and material resources on administration, culture, economy, the arts, technology, and other areas

"The two parties intend to advance their relationship by establishing mutual areas of interest and agreeing how people, businesses and communities can be involved with one another in a way that promotes our communities. Our agreement is for the immediate and future betterment of both cities and the contribution of the unity of mankind."

Southwark has existing twinning arrangements with Clichy in France and Langenhagen in Germany.