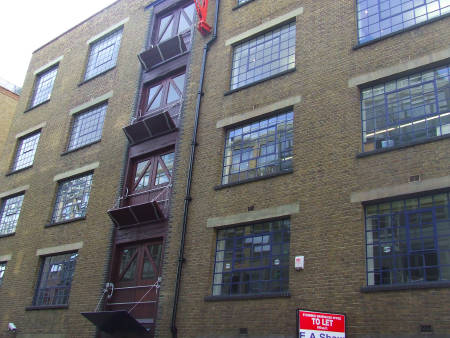 The hour-long crisis meeting, which took place at Nutmeg House in Gainsford Street on Wednesday night, was called by Southwark Council following concerns raised about the TA's right to continued funding.

Lola Fatogun, housing community development officer, warned that public money could not be made available if an organisation ceased to meet regularly. He suggested that Ł4,200 remaining in the bank account should be put to good use for the community benefit.

He also reminded members that their dedicated meeting space in Nutmeg House would be lost if the TA voted to wind up the organisation.

Cormac Hollingsworth, representing North Southwark & Bermondsey Labour Party, appealed to local tenants not to close their TA. He said that he was speaking as someone who knew Devon Mansions and St John's Estate well.

He told the eight people in the room eligible to vote that they had a responsibility to the future TA.

He described the members' meeting room in Nutmeg House as "a fantastic resource".

The Tooley Street Tenants & Residents Association was prominent in the many planning rows concerning the proposed Potters Fields developments, changes to the park and licensing issues. For a time the TA became the Tooley Street and Tower
Bridge Community Association holding joint meetings with Butler's Wharf's own residents group which represents those living close to Nutmeg House.

Amy Duffin, the newest and youngest person in the room, seconded the resolution not to dissolve the TA and agreed to be convenor during a period of reorganisation.

A representative of Southwark Group of Tenants Organisation was present and offered free advice and help in rescuing the TA.

Audited accounts are expected to be presented to a meeting in December.