A German-style Christmas market has opened on the South Bank for the second year running. 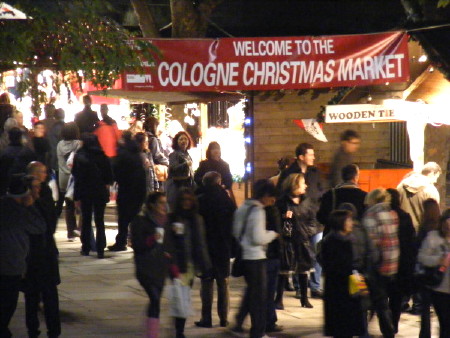 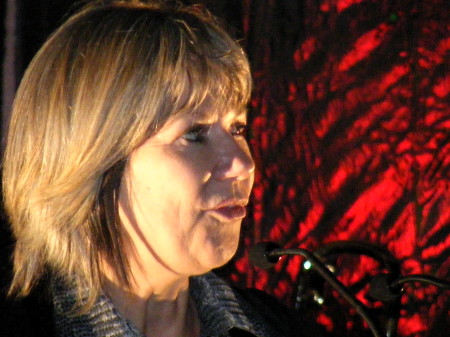 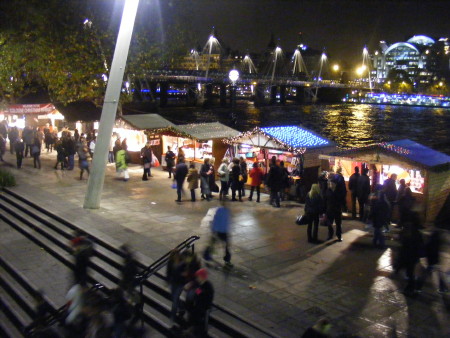 The market on the Queen's Walk between Festival Pier and Jubilee Gardens was opened on Friday evening by Vauxhall MP Kate Hoey.

The riverside walk near the Royal Festival Hall is lined with stalls selling toys, gifts, food and drink.

"In this area we don't really feel that Christmas is even on the horizon until we have opened the Cologne market," said Kate Hoey.

The launch event was also addressed by Southbank Centre artistic director Jude Kelly and a representative of the Cologne tourist board who brought greetings from the Lord Mayor of Cologne who was unable to attend.

"The market last year contributed to the most successful Christmas at Southbank Centre in terms of audiences, visitors and income," Southbank Centre's Mike McCart told councillors.

The committee also heard that Southbank Centre is continuing to cooperate closely with Waterloo Quarter BID to cross-promote the Cologne market with Lower Marsh.

Statistics collected during last year's market show that it largely served those who were already walking along the South Bank and didn't attract a significant number of additional visitors.

More than 700,000 people passed through the market last year.

The market will be open until Wednesday 23 December.