Kevin McDonald resigns as Archbishop of Southwark due to ill-health

The Roman Catholic Archbishop of Southwark, the Most Revd Kevin McDonald, has announced with "great sadness" his resignation on health grounds. 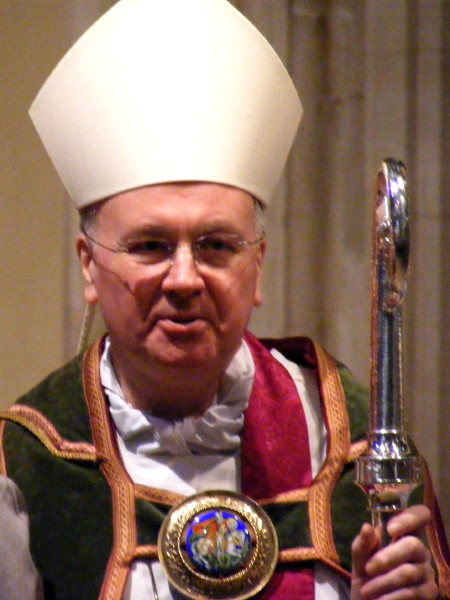 On Friday it was announced that Pope Benedict XVI has accepted the resignation of Archbishop McDonald who was enthroned at St George's Cathedral almost exactly six years ago.

The Archbishop, who is aged 62, submitted his resignation to the Holy Father having taken account of medical advice. The Archbishop has had a triple heart bypass and also suffers from severe osteo-arthritis. This has already required surgery and the Archbishop expects to undergo further surgery in 2010.

"I feel great sadness at having to relinquish my post as Archbishop of Southwark," said Archbishop McDonald.

"Although I have had to contend with illness over the last three years, this appointment has been a great grace. It has been a privilege to lead this great diocese and I have received a wonderful response to everything I have tried to do.

"I have also been very appreciative of the prayers of so many people while I have been ill. The diocese will continue to be very much in my thoughts and prayers in the time ahead."

A diocesan administrator will be appointed soon and he will be in charge of the diocese until a new Archbishop is appointed.

The news means that SE1's two cathedrals will soon have new bishops as the Anglican Bishop of Southwark, Rt Revd Tom Butler, is also due to retire in March.