Pope names Peter Smith as next Archbishop of Southwark

Pope Benedict XVI has announced that the Most Revd Peter Smith, currently Archbishop of Cardiff, has been appointed as the next Archbishop of Southwark. 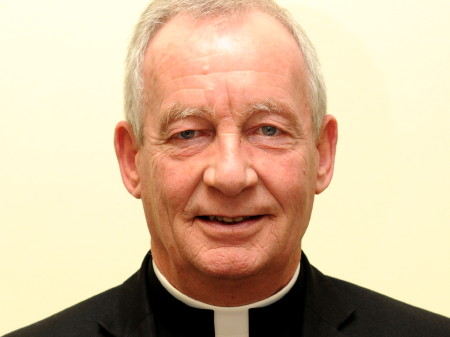 He succeeds Archbishop Kevin McDonald who resigned in December 2009 due to poor health.

Peter Smith, who is aged 66, was born in Battersea and served as a parish priest in South London before becoming Bishop of East Anglia and then Archbishop of Cardiff.

"I am delighted that the Holy Father has appointed Archbishop Peter Smith of Cardiff to be our new Archbishop," says Bishop John Hine, Southwark's diocesan administrator.

"Although very sad to be leaving the priests and people of his present Archdiocese, Archbishop Peter is also delighted to be coming 'back home' to his diocese of origin and very much looks forward to meeting the people and clergy of the diocese.

"He is well known to many of the clergy of the diocese from his time as Rector of St John's Seminary, and to others, as a fellow priest of the Southwark diocese.

"I have assured him that the announcement of his appointment here will bring great joy to the whole diocese.

"We continue to keep Archbishop Kevin in our prayers as he recovers well from his surgery but faces an operation on his other hip in a couple of months' time."

Archbishop Peter's installation as Archbishop of Southwark will be at St George's Cathedral on Thursday 10 June.

The Most Revd Vincent Nichols, Archbishop of Westminster, said: "I am delighted at the appointment of Archbishop Peter Smith as Archbishop of Southwark, while at the same time sympathising with the priests, religious and people of Cardiff.

"Archbishop Peter is an outstanding and experienced leader. He will be warmly welcomed back to his home diocese, just as he will be sorely missed in Cardiff. I can assure him of the prayers and good wishes of us all."

The Roman Catholic Archdiocese of Southwark covers all the London boroughs south of the Thames and the county of Kent.