A Southwark-based company is driving forward the development of biofuel with the support of the London Development Agency and the European Regional Development Fund. 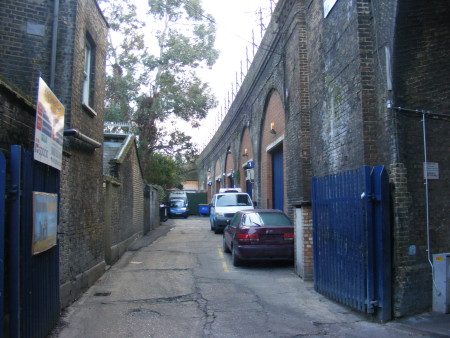 Uptown Oil is based in King James Court

Since 2007 Uptown Oil has supplied caterers, schools and restaurants with fresh vegetable oil, collects the used oil afterwards free of charge and then turns it into low carbon biodiesel.

The King James Street-based business has taken part in the London Development Agency's Knowledge Connect programme which allowed it to work with experts from London South Bank University to improve the quality of its recycled biodiesel and sharpen its production processes.

This, according to Uptown Oil, resulted in immediate cost savings and opportunities for expansion.

"The Knowledge Connect programme was a real enabler, allowing us to make rapid progress in several key technical areas and helping us to achieve the best biodiesel quality available in London," says Uptown Oil's Stuart Buckingham.

"As a result we opened up new opportunities and markets and have even been able to share our new knowledge collaboratively with other London biodiesel companies that are still struggling with these same issues."

Professor Tony Day from the urban engineering department at London South Bank University says: "Working with Uptown Oil has been a highly rewarding and enjoyable experience.

"Their commitment to the success of the project allowed the academic team to try some radical solutions and supply the necessary resources to test the results of the proposed interventions."

Uptown has been making ice in Southwark since 1997 and moved into biodiesel ten years later.

Uptown's premises at King James Court is currently the subject of a planning application to Southwark Council to formalise the legal status of its operations. Supporters include London Assembly member Val Shawcross who has written to the council backing Uptown's continued use of the site.

Ms Shawcross praised the "unique and socially valuable business" which reduces the amount of waste cooking oil poured into London's drains and cuts the carbon footprint and emissions of road vehicles which use its fuel.