Mayor of London Boris Johnson visited Bankside on Wednesday to mark the start of enabling works for Tate Modern's extension. 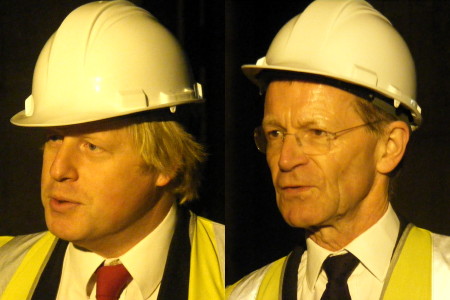 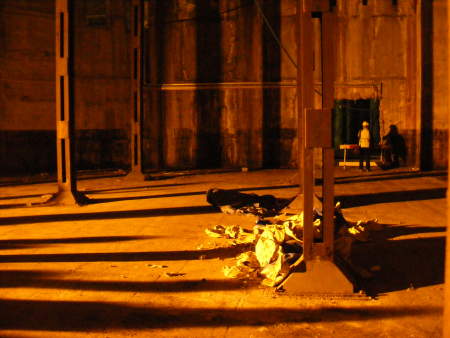 The Mayor and Tate director Sir Nicholas Serota performed a symbolic groundbreaking ceremony in one of the former oil tanks to the south of the former Bankside Power Station which will form part of the new gallery.

"This is the beginning of a fantastic new project and I heartily congratulate everybody involved," said Boris Johnson.

"I think it's going to be an amazing fusion of architectural styles. When you came to my office, Nick, I remember thinking what an incredibly bold project it was, because you have the amazing Giles Gilbert Scott Bankside Power Station and you're going to shove onto it this incredible space-age Isaac Asimov trapezoid thing. Beautiful!"

As well as work in the oil tanks, piling to strengthen the foundations of the Turbine Hall is also under way, and demolition work to clear the area above ground to the south of the gallery will start soon.

In 2006 Mr Johnson's predecessor Ken Livingstone announced a Ł7 million grant towards the cost of the gallery extension from the London Development Agency.

The new building, which will be clad with 500,000 bricks, is due to be completed in 2012. Tate says it has so far raised Ł76.5 million which is a third of the overall cost of the project.

Planning permission for the current design by Herzog & de Meuron was granted earlier this year.

Among those present at the ceremony was Cllr Lewis Robinson, Southwark Council's executive member for culture, and the Mayor's culture advisor Munira Mirza.