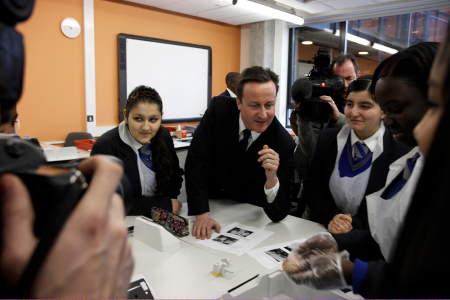 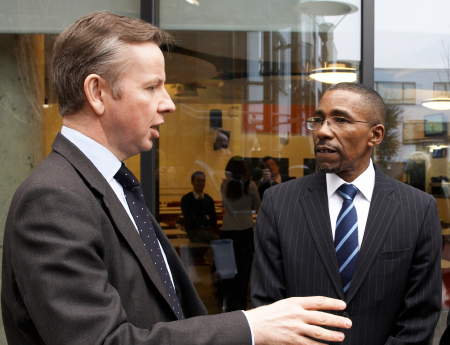 "This is an impressive school with a record of achievement," said David Cameron.

"It shows what can be possible. And it leaves me optimistic about our future."

Mr Cameron was joined by shadow schools secretary Michael Gove for the visit to Southwark.

A week ago he mentioned the school in another speech he made at Tooley Street-based think tank Demos, noting that Walworth pupils sign contracts promising good behaviour and come to school each morning in smart uniforms.

In October 2008 work began on the academy's new building at Shorncliffe Road which will bring together the entire school which has until now been split between two sites.

"I hope David Cameron enjoyed his visit to Walworth Academy – just one of many excellent schools we now have in Southwark," says council leader Nick Stanton (Lib Dem).

"He is right to be impressed by their record which is down to the quality of the teaching, the hard work of pupils and the investment and commitment from Southwark Council."

He added: "But David Cameron is wrong to think that warm words will suffice. The Liberal Democrats' achievement in raising standards here in Southwark is about a commitment to do better backed with hard cash. And with the Conservatives targeting the education budget for cuts, their proposals will mean fewer teachers, even larger class sizes and poorer pay and conditions for teachers."