random by debbie tucker green is the first production in the Royal Court's Theatre Local season at the Elephant & Castle Shopping Centre. 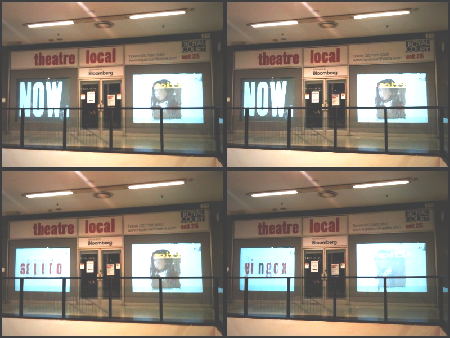 By day people queue outside Blackfriars Advice Centre. In the evening the queue is for the adjacent theatre: an empty shop unit furnished with sofas and mismatched chairs.

Seroca Davies plays all the parts in this vivid play about a family whose lives are changed by knife crime.

Her performance – effortlessly switching from character to character – is quite remarkable.

The play, less than an hour long and performed without interval, is intense and emotional. But don't let that put you off – there's plenty of wit too.

Although the play is captivating, you can't help but be aware of the hubbub of the shopping centre outside and the raucous laughter from the Latin American cafe and bar down the corridor.