The Elephant Parade arrives in SE1

The London Elephant Parade, a collection of 250 life-sized baby elephants each decorated by a different artist or celebrity, arrives this week in central London. 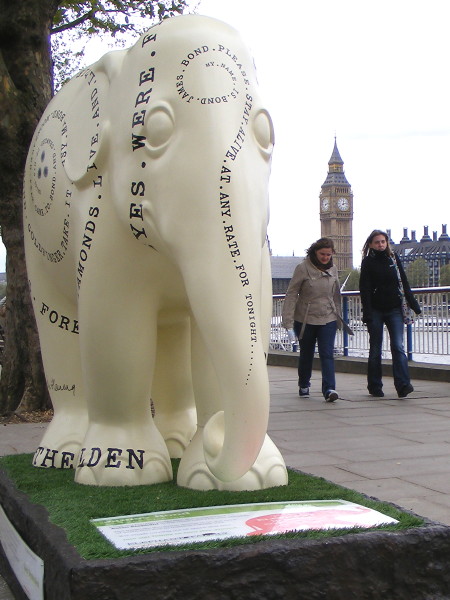 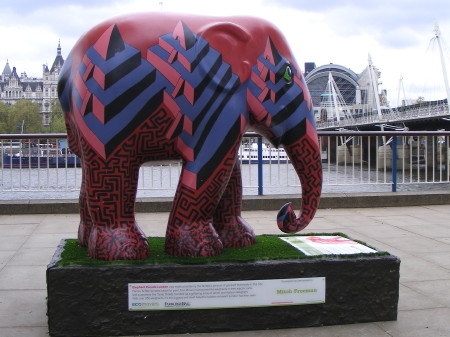 This outdoor art exhibition, which will run until 29 June, has been organised by the charity Elephant Family in an effort to 'shine a multi-coloured spotlight' upon the urgent crisis faced by the endangered Asian elephant.

Local artists Rosie Brooks and Andrew Logan have both lent their support to the event by each creating a unique design for one of the many pachyderms on display. Their works, entitled 'Elefun' and 'Love Ellie', are currently on show at Green Park and Westfield shopping centre respectively,

Here in SE1 no fewer than 28 elephants are on show, most along the riverside between the Royal Festival Hall and More London at Tower Bridge.

In addition to injecting some colour on to the streets of central London over the summer months, elephant Family hope this event will raise Ł1 million to subsidise the work of 20 UK conservation charities based in southern Asia.

The Elephant Parade has won support from a cross section of public figures including Steven Fry, Joanna Lumley and Michael Palin, with the latter greeting news of the event by saying, "Elephant Parade is ambitious, good fun and exactly the right message".

It is hoped that the Elephant Parade will surpass the success of 2002's Cow Parade which helped raise Ł350,000 for various children's charities here in the UK.

Many of the elephants have been decorated in a shop unit at Elephant & Castle Shopping Centre provided by landlords St Modwen to support the Elephant Family appeal.