Rohan Clarke, who was last year convicted of stealing from flats at Spice Quay Heights where he worked as a concierge, has been ordered to repay more than £20,000 or serve an extra year in jail. 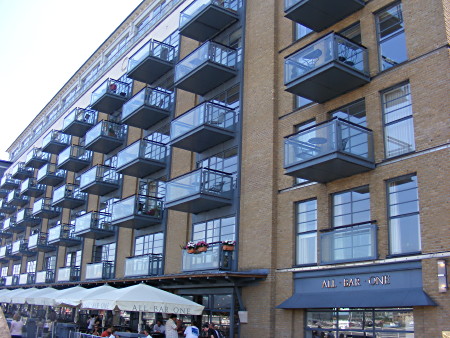 Clarke, aged 42, has been ordered to pay Ł20,895 following an investigation by Southwark Police's payback unit.

Clarke committed the burglaries at Spice Quay Heights in Shad Thames where he worked as a concierge. He entered flats where he knew the occupants were out or away and helped himself to electrical items and luxury watches.

He was arrested by Southwark's burglary squad on 8 April 2009 and sentenced to 2 years in prison at the Inner London Crown Court on 4 December 2009. He pleaded guilty to the offences.

The payback unit then began their investigation which concluded that Clarke had profited almost Ł21,000 from his crimes and on Friday 18 June a confiscation order under the Proceeds of Crime Act was handed down at the Inner London Crown Court stating that Clarke must pay the sum of Ł20,895 within six months or serve a further year in prison.

"Criminals like Clarke are motivated by greed and the payback unit will ensure that as well as paying for their crime in custody, they are also hit where it really hurts, in their pockets," says Detective Constable Nish Doshi from the payback unit.

"Clarke's proceeds of crime will now be put to better use on worthwhile projects within the criminal justice system."