The Mayor of London has expressed his optimism for the Elephant & Castle regeneration at a City Hall reception for community leaders from Lambeth, Southwark, Merton and Wandsworth. 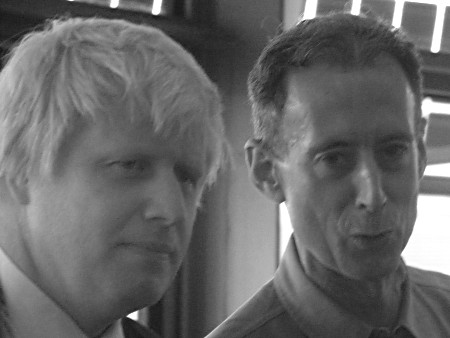 The event was the first in a series of eleven receptions which will take place between now and 2012 to bring together minority ethnic communities, faith groups, LGBT groups and disability organisations, living in or based in one or more London Assembly constituencies.

The first reception included people from the Lambeth and Southwark constituency represented by Val Shawcross as well as Richard Tracey's Merton & Wandsworth seat.

SE1 organisations represented at the gathering included Tate Modern and Blackfriars Settlement, with many members of local tenants' and residents' associations also on the guest list.

In his speech Boris Johnson welcomed his "fellow South Londoners" to the "South London institution" that is City Hall.

The Mayor said that David Cameron's Big Society had been "the great mystery of the General Election ... that nobody understood".

Addressing his guests, Mr Johnson said: "This is the answer: you are; we are – collectively – the Big Society."

"The truth is that when government proposes to get smaller – as we are told that it wants to – then society has got to get bigger."

He highlighted mayoral initiatives that will affect the four boroughs represented at the event, including Barclays Cycle Hire and the Barclays Cycle Superhighways.

Referring to a picture of Southwark Bridge circulated on Twitter by @SE1, the Mayor said: "I was slightly disappointed to read just a few hours ago that, according to some blogger, my brand new bright blue Cycle Superhighway is already being dug up by roadworks even before it has opened," said the Mayor.

He said that his plans for 'lane rental' by utility companies will help to solve this problem.

In a sweeping tour of future development plans for South London, the Mayor gave a brief mention to the huge Elephant & Castle project.

"What an amazing prospect for regeneration we've got at Elephant & Castle," said Mr Johnson.

The Mayor also name-checked the Olympic live site (big screen) planned for Jubilee Gardens, though he didn't mention Potters Fields Park which has also been named as one of the four places where Londoners will be able to watch the Olympic action in 2012.

He ended his speech with a rallying call to resist cuts to vital projects in London.

"It would be total madness for this Government to cut Crossrail ... it would be even madder to cut the upgrade of the Northern line ... and it would be totally insane in my view to cut provision for affordable housing by which we can give Londoners on modest incomes places to live and keep the London economy moving ... and it would be nutty to cut police numbers and imperil our ability to keep our streets safe."

At the end of the Mayor's speech human rights activist and SE1 resident Peter Tatchell took to the stage to praise Mr Johnson.

"On Saturday you did a very brave and courageous thing: at Gay Pride you announced that you are against the ban on same-sex marriage and you support the right of gay people to get married."

The Mayor then rather undid his new-found approbation by declaring that he had been unaware that gay people were unable to get married.