Jail for graffiti vandal who struck at London Bridge & Waterloo

A prolific graffiti vandal who caused over £40,000 worth of damage in 11 London boroughs has been found guilty of criminal damage and sentenced to nine months imprisonment following a British Transport Police investigation. 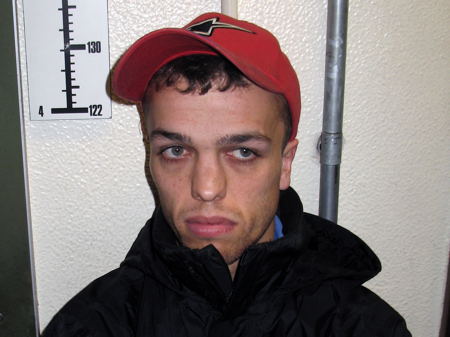 27-year-old Matthew Mandell of Mitcham was also given a five year anti-social behaviour order when he was sentenced at Blackfriars Crown Court on Tuesday.

The court heard that Mandell – who pleaded guilty to causing criminal damage at an earlier hearing- caused damage over a period of two years between January 2008 and March this year.

He targeted buildings, trains, stations and infrastructure in 11 London boroughs, as well as in Hertfordshire, Sussex and Kent.

The total damage caused by Mandell was estimated as being in excess of Ł40,000.

Mandell was arrested on 14 January earlier this year after being linked to graffiti damage caused to a train in Three Bridges a few days earlier.

After attending and taking photographs of the train and a known 'tag' inscribed on it, detectives from BTP's Graffiti Unit checked the tag against a police graffiti database, linking it to Mandell, as well as other locations where the tag had been daubed.

Detectives executed a search warrant at Mandell's address in Mitcham and recovered a number of items relating to graffiti, including pieces of paper with the tag sketched on, as well as paraphernalia such as spray paint cans, marker pens and photographs of Mandell associating with other known graffiti vandals.

After being questioned in custody, Mandell was released on police bail while investigators carried out further enquiries.

Using handwriting analysis, detectives then set about comparing the tag Mandell had daubed on the train at Three Bridges with police photographs of the same tag in various other locations, with the unique style and characteristics of each tag confirming him as the culprit.

The court also heard that Mandell continued to offend while on police bail, daubing a train with graffiti in Kent in March 2010.

Mandell's tag was found at London Bridge Station, Waterloo Station and at Joan Street in SE1.

"Vandals like Mandell who commit graffiti offences often believe that their work is art – sadly when the chosen canvas is railway property it cannot be considered art and is nothing more than wanton damage that costs thousands of pounds to clean up," says DC Colin Saysell of BTP's graffiti unit.

"Writing graffiti on the railway or elsewhere is not a harmless pastime and we hope the sentence handed down to Mandell acts as a deterrent to other likeminded individuals. We will continue to work closely with train operating companies, Network Rail and other police forces to reduce these criminal acts."