The Thames skyline has a new addition as the first section of the roof of the new cross-river Blackfriars railway station is installed. 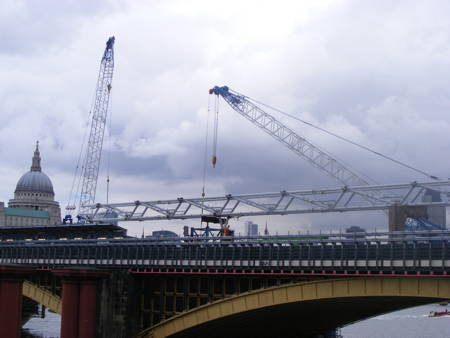 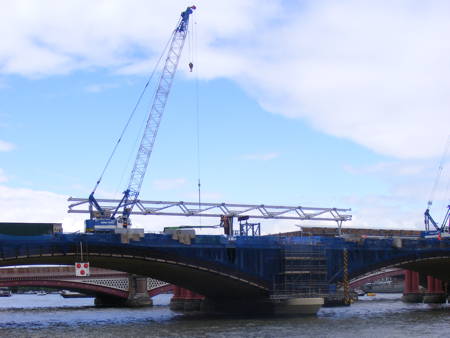 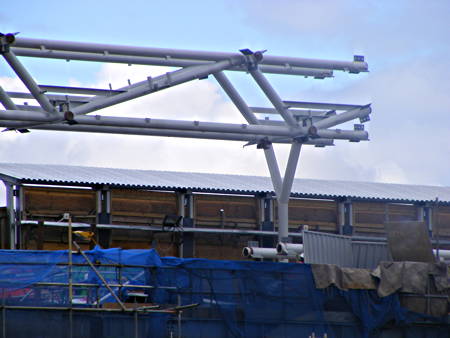 Parts of the new roof have arrived by barge and been lifted into place.

Work is continuing on the creation of a new entrance to Blackfriars mainline station at Bankside as part of the Thameslink Programme to increase capacity on this cross-London route.

The plan is that the station, which will span the Thames, will be ready to handle 12-car trains by the December 2011 timetable change, although the rest of the works may not be complete until 2012.

Blackfriars Station will close for eight weeks this winter from 20 November to 16 January, with trains running across the river to the normal timetable for all but six days at Christmas.

First Capital Connect recommends that passengers use City Thameslink instead but it also suggests that Elephant & Castle may be more convenient for those heading to SE1 destinations.

Museum of London Archaeology recently published a summary of its archaeological investigations at Blackfriars.

Last week Network Rail revealed the shortlist for its London Lives competition to find a new artwork to decorate the hoardings on the eastern side of Blackfriars Bridge.

The shortlisted entries will be exhibited at Bankside Gallery next month.