Southwark Liberal Democrats have launched a petition against Thames Water's plans to take over the Alfred Salter Playground in Druid Street as a work site for its new Thames Tunnel 'super sewer'. 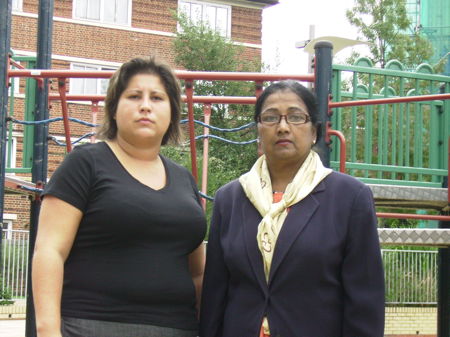 Last week we reported that Thames Water has chosen the Alfred Salter Playground in Druid Street as one of its preferred work sites for the construction of a new Thames tunnel intended to reduce the amount of sewage discharged into London's river.

Unsurprisingly the suggestion that a local playground could be closed for two years and reduced in size when it reopens has met with vigorous opposition from local politicians.

Southwark Liberal Democrats have launched a petition calling on Thames Water to rethink their plans which will also have a big impact on King's Stairs Gardens in Rotherhithe.

"While everyone agrees the Thames should not be used as a sewer, I hope local people will support our campaign by signing the petition and using the consultation to tell Thames Water their plans are unacceptable," says Cllr Anood Al-Samerai, Riverside ward councillor and Southwark Lib Dem leader.

"Thames Water have said this will be a genuine consultation where local people are listened to. A cynical PR exercise would be totally counter-productive."

Thames Water is holding a public exhibition on 11 & 12 October at the Beormund Community Centre where local residents can learn more about the plans.