Southwark Council has rejected a public relations firm's retrospective application for permission to paint the doors and windows of its office in deep pink. 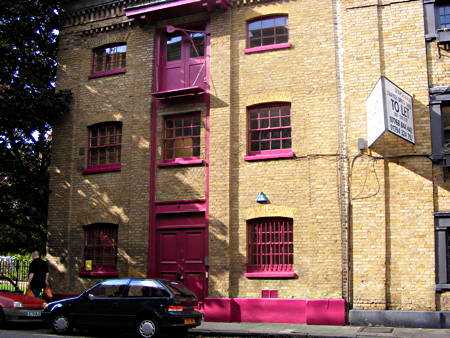 Last month we revealed that National Theatre star Rory Kinnear and Royal Academician Norman Ackroyd had joined the debate about the controversial colour scheme chosen by The SPA Way for its building at 4 Leathermarket Street.

"The insensitive repainting of this group-listed building's features in deep-pink, as opposed to the previous heritage green, has resulted in a significant negative impact on the listed building's character and appearance, as well as on its conservation area setting," said the council in its decision notice.

"It has failed to respect the importance of the listed building, its relationship to the neighbouring group-listed building at 2 Leathermarket Street, and its key role as a constituent part of a recognisable group of 19th-century warehouses within this streetscape."

The SPA Way's chief executive Sara Pearson told the London SE1 website that the council's decision is "no great surprise". She says that she keeping her options open regarding a possible appeal.

Although the council has been sent six formal objections from local residents, Ms Pearson says she has received many more favourable comments from neighbours and local workers.

The council also received a late submission from the historic buildings and conservation committee of the London and Middlesex Archaelogical Society which acts on behalf of the Council for British Archaeology. The committee had concluded that the pink paint was "inappropriate".