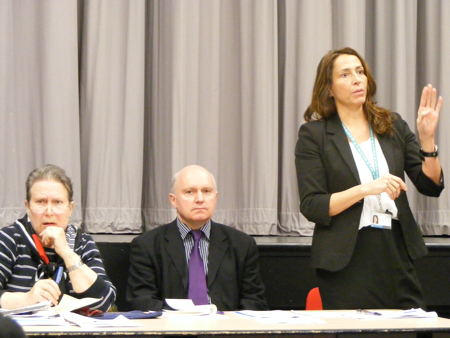 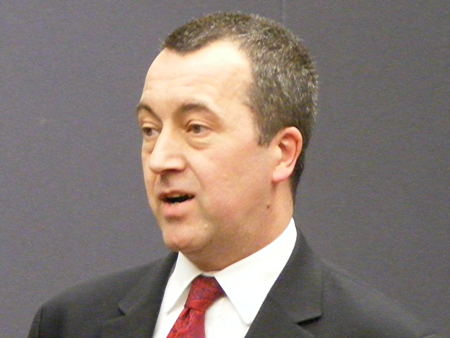 The meeting on Monday night, called by the Friends of Geraldine Mary Harmsworth Park, was relocated at the last moment from St Jude's Community Centre to the Imperial War Museum's cinema.

Friends' members and residents from nearby homes expressed shock and outrage that Southwark Council is to cut the park's annual maintenance budget by Ł15,000 resulting in two popular ranger gardeners being made redundant.

There were also allegations made that one of the employees had only been made aware of his removal when he found his name omitted from a work rota. Gill Davies, director of environment, at first denied that this had happened but promised to investigate the claim.

Strong opposition from all parts of the room was expressed to plans to introduce private contractors.

Ward councillor Geoffrey Thornton said that three points had to be born in mind: "The physical area; the number of visitors and the sheer variety of uses."

"One has to consider that the quality, and security of the park will be compromised," he said to applause.

Fellow ward councillor David Noakes complained that the details of park cuts had not been available when the budget was presented to the full council in February.

Cllr Hargrove, who clashed with Simon Hughes MP over the the coalition government's policy, responded by saying that the borough had received the worst settlement from central government in living memory. Of all London boroughs Southwark was taking the biggest cut.

He said that in the past he had opposed the axing of the rangers. His claim that the park could manage with a part time manager was met with cries of 'rubbish'.

Sgt Steve Dutton from Cathedrals safer neighbourhoods team said that the knowlege of the existing ranger-gardeners was "second to none" and both had played an important role in reducing crime and eliminating drug problems.

Representatives of the Imperial War Museum said that 600 school children visited the museum every weekday and played in the park.

A spokesperson for the Tibet Foundation, representing the peace garden opened by the Dalai Lama, said that he was appalled at the suggestion that the ranger-gardeners might be removed.

Soviet Memorial Trust Fund secretary Ralph Gibson, speaking about events at the Soviet War Memorial, said: "Southwark has three major ceremonies a year with ambassadors from ten countries. The Russian president has been here twice. Last Monday we had the number three in the Russian government.

"It's a unique park," added Mr Gibson who said that the rangers, by their preparation of the site, ensured the success of special occasions.

Simon Hughes, who also spoke of the park's national role with its memorials and peace garden, said: "If we cannot have a place where people can come peacably we are failing in our civic duty."

Cllr Hargrove agreed to consider a proposal for the nearby West Square garden to be maintained by the existing park staff as an alternative cost-saving measure.

A delegation from the Friends is due to be received at next week's Council Assembly meeting at the town hall.