The Yes to Fairer Votes campaign has unveiled the first in a series of posters outside its Bankside HQ. 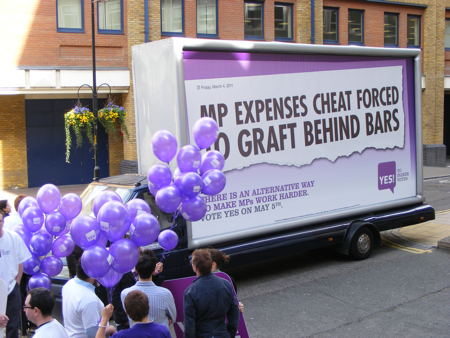 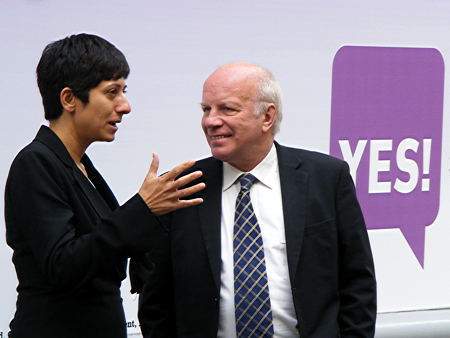 On 5 May voters will decide whether to adopt the alternative vote system for future general elections.

The giant billboard on a lorry set out from the Yes campaign offices in Park Street on Monday morning to head for Parliament Square and the heart of central government in Westminster.

The poster slogan, imitating a newspaper placard, highlighted the expenses scandal which has put some former MPs behind bars.

"The public are right to be angry," said Yes to Fairer Votes vice-chair Greg Dyke, who was at Bankside to see the first poster presented to the public.

"The lesson of the expenses scandal wasn't that Parliament needs better accountants. It was that politics in Britain needs to be changed.

"It's hardly surprising that MPs seem so remote and unresponsive when the voting system has handed them a job for life."

Yes supporters marked launch by pouring out the the headquarters with balloons and surrounding the vehicle.