David Marks, who designed the London Eye with his wife Julia Barfield, was last week presented with a civic award by Lambeth Council in recognition of his contribution to the borough. 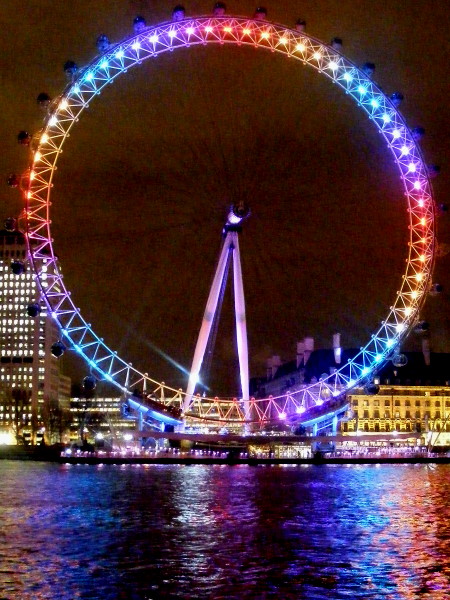 Dr Patil had nominated Mr Marks for the award which was presented at the annual council meeting at Lambeth Town Hall last Wednesday.

The civic award presentation came just one day after the council's planning applications committee had refused to give permission for the recent repainting of one of the wheel's pods into the corporate orange colour of EDF Energy.

Eleven years after it opened the London Eye is now a much-loved fixture on the capital's skyline, but some of the wheel's early detractors still find it hard to come to terms with.

Speaking in the House of Commons last week, Labour MP Jeremy Corbyn said: "Some would argue that siting the wheel – the London Eye – across the road was aesthetically inappropriate.

"Indeed, I advanced that argument very strongly, and for the first 15 years [sic] of the London Eye's existence I refused to go on it.

"I finally swallowed my pride, relented and went on it last year, and it is a fine experience, particularly on a cloudy day when it is impossible to see anything. I still consider that siting it there disfigured the area, but anyway it has happened."

Marks Barfield Architects have been shortlisted by developers CLS Holdings in a competition to pick a designer for a proposed new high-level linear walkway at Vauxhall Cross.

Until 2006 Marks and Barfield owned a one-third stake in the London Eye company.