David Marks - who created the London Eye with his wife Julia Barfield - has died aged 64. 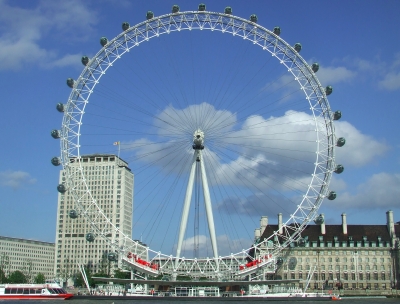 The architect's death was announced on the Marks Barfield website:

"David and Julia are best known as the architects and entrepreneurs that conceived, designed, and developed the London Eye on London's South Bank.

"Initiated as an unsuccessful entry to a Sunday Times ideas competition, it was David and Julia's tenacity that ensured that the project was realised.

"The pair found the site, obtained planning consent, mortgaged their home to meet the initial costs and steered the project through to reality. The London Eye opened in 2000.

"Today, 17 years later, it has attracted over 60 million visitors."

In 2011 David Marks was presented with a civic award by Lambeth Council for "generating business and putting Lambeth on the global map".