The Novas Scarman Group has closed its gallery, conference venue and cafe in Southwark Bridge Road. 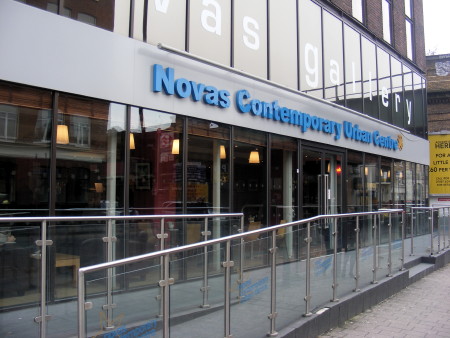 First opened in 2007 by the then Novas Group, the complex was lumbered with the un-catchy name of Novas Contemporary Urban Centre London Bridge Bankside.

The charity hoped to create a series of such centres around the country to showcase art by people experiencing social exclusion, with profits split between the artists and the charity's projects to increase access to education, work and training initiatives.

The concept failed to catch on in London and the exhibitions programme was scaled back but the social enterprise cafe continued to function as a popular meeting place.

The centre closed its doors in mid-April and a 'for sale' sign is now displayed above the entrance.

"It is with great sadness that we closed the CUC in Southwark Bridge Road," Maff Potts, chief executive of Novas Scarman, told the London SE1 website.

"Our London staff are also based in the building but, as the majority of our central staff are based in Liverpool, there was no need for a large London office.

"We, therefore, made the decision to focus on our Liverpool CUC and sell the Southwark Bridge Road building which will help us continue to provide front line services to people with greater needs and fewer chances.

"We thank everyone who has supported us in the past and hope that if you are ever visiting Liverpool, you will pop in and see us."

Novas Group and the Scarman Trust merged at the end of 2007 to form Novas Scarman. The merged charity has experienced a bumpy start with a deficit of Ł10.3 million recorded in 2009 but it has since improved its financial situation.

The charity was also embroiled in a controversy over its handling of the refurbishment of Arlington House in Camden Town. The hostel was eventually sold to a housing association.