Three men were sentenced at Southwark Crown Court on Monday for their role in an online ticket fraud run from offices in Blackfriars Road. 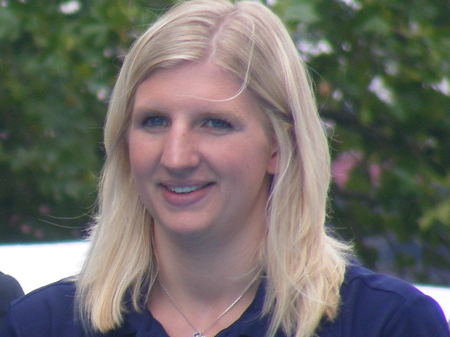 The parents of the Olympic swimmer Rebecca Adlington were among the victims of the Xclusive Group.

The defendants were convicted last week of a variety of offences relating to the failure to supply over Ł5 million worth of tickets to the 2008 Beijing Olympics and summer music festivals.

Terrence Shepherd of Blackheath was sentenced to eight years' imprisonment and disqualified from acting as a company director for 15 years.

Alan Scott of Chigwell was sentenced to seven years' imprisonment and disqualified from acting as a company director for 10 years.

Allan Schaverien of Esher was sentenced to two years and eight months' imprisonment.

In passing sentence today, His Honour Judge Beddoe described the fraud as "a massive, cynical and utterly dishonest confidence trick which was motivated by greed".

When sentencing Terence Shepherd, the judge said: "Shepherd, you were the one really in control. Scott acted as the front man."

"[You] clearly received the lion's share (of the money). When you needed it, you took it. It was blown on a catalogue of excess, including the extraordinary expenditure of your wife".

When sentencing Alan Scott, the judge said: "Mr Shepherd had the lion's share but that does not absolve you from his crime. You were obviously closely involved and were prepared to front the lie that was this business".

The judge told Allan Schaverien: "You knew Mr Shepherd very well, you had learned of his inability to run any enterprise for the benefit of anyone other than himself…. By the end of 2007, you knew that Xclusive was a fraud and that Mr Shepherd and Mr Scott were using it to cheat customers. Your role enabled Mr Shepherd to move from one insolvent company to another."