The low-cost Tune Hotel Westminster - which is in fact situated next to Lambeth North station - celebrated its first birthday this week by offering guests a night of free accommodation. 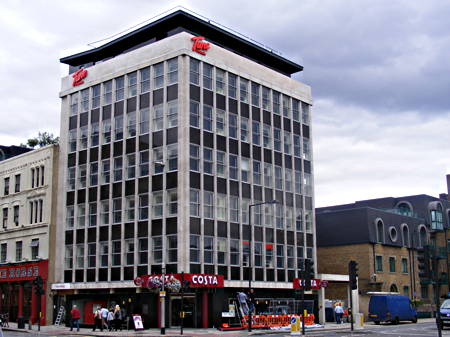 Guests checking into the Tune Hotel Westminster last week were greeted with a welcome surprise: their money back.

To celebrate the hotel's first anniversary, general manager Arron Dorjbat announced that all guests booked to stay on Wednesday 31 August would receive complimentary accommodation that evening.

The only proviso was that guests had to 'seize the day' and do something different or unusual with their unexpected cash back.

Guests were asked to post details and photos as to how they had spent their money on Tune Hotels UK Facebook page. The guest who makes the best use of their windfall will win a weekend stay at Tune's new Liverpool Street hotel which opens next January.

It is a year since the budget hotel chain opened its first UK hotel in the former Lambeth Building Society headquarters.

Tune claims that the Lambeth hotel has had an average occupancy rate of 96 per cent, with 98 per cent of guests saying they would recommend a stay at Tune Hotels.

"The opening of Tune Hotel Westminster has been a resounding success and we're very excited to be able to share our accomplishments with our customers," says Mark Lankester

"Our achievements are dependent on our customers and we're pleased to be giving them something back. Looking forward to next year, we plan to provide our customers with a range of exciting offers and incentives, providing them with even more reason to choose us.

"Due to popular demand, we are working on adding more rooms to Tune Hotel Westminster that will give our guests greater options and convenience."

Lambeth Council is currently considering a planning application to expand the hotel with an extension on the Baylis Road side to add 39 bedrooms to the existing 79 rooms – a proposal which has met with opposition from residents of the adjacent flats.