Mayor of London Boris Johnson came to Waterloo last Thursday to officially open the chain's 400th hotel as it celebrates its 25th anniversary. 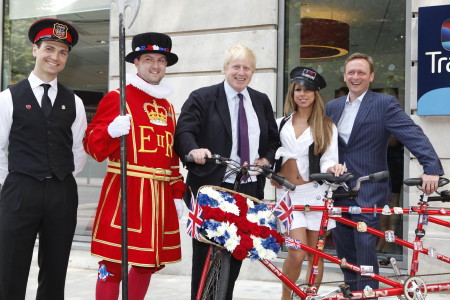 Travelodge London Waterloo, located at St George's House in Waterloo Road, has 279 bedrooms and is full every night for its first month.

The development – which incorporates a grade II listed building as well as a new structure – has cost Ł21.1 million to covert into a Travelodge hotel.

Travelodge says that the new hotel has created 60 new jobs, with half of the positions being filled via the London Employer Accord programme which helps the long term unemployed back into work.

"London Waterloo is the perfect example of the modern and vibrant company Travelodge has evolved into over the last 25 years," says Guy Parsons, chief executive of Travelodge.

"Located in a prominent location it offers the perfect low-cost base for both leisure and business customers."

"With the Olympics getting ever nearer and given the prominent role tourism plays in the growth of the London economy, we have also invested heavily to ensure that Travelodge is the biggest hotel brand in the Capital in time for the 2012 games."

The hotel is offering a complimentary 'Triplet London sightseeing tour' which allows two customers and a tour guide to cycle around London visiting the capital's sights.

In addition to these tours Travelodge is also trialling a free cycle service where customers can hire a 'Go Cycle', the world's lightest electric bike.

To help guests seek out London's landmarks, Travelodge has created a cycle sightseeing guide which takes in the capital's top ten attractions in an hour's ride.

Waterloo has seen a flurry of new hotels opening, with several more on the drawing board. The H10 London Waterloo opened earlier this year and the Tune Hotels.com Westminster will welcome its first guests at the end of August.